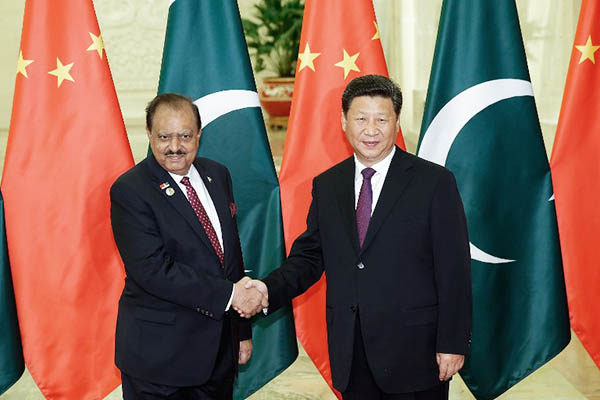 Pakistan is set to sign a 40-year-lease with a Chinese company to develop a massive special economic zone at Gwadar, officials said Wednesday.

The scheme is part of the China-Pakistan Economic Corridor (CPEC), an ambitious $46 billion investment plan linking western China to the Arabian Sea with infrastructure, energy and transport projects. The contract assigning the 923 hectare swathe of tax-exempt land to China Overseas Port Holding Company (COPHC) is likely to be signed this month or October, Dostain Khan Jamaldini, chief of the Gwadar Port Authority (GPA) told AFP.

As part of the wider plans, “work on the Gwadar International Airport would start in the next couple of months and we are quite hopeful of completion of the national highway connecting Gwadar with the north within the next month,” he added.

Pakistan is also raising a special security force of between 10,000 and 25,000 men to protect the port, which lies in the restive Balochistan province, which since 2004 has been roiled by a separatist insurgency.

Gwadar port, located 540 kilometres southwest of Karachi, was built in 2007 with technical help from Beijing as well as Chinese financial assistance of some $248 million.

But acquiring the land from private owners to build the economic zone took several years and cost the Baloch government around $62 million, Durrani said.

Some Baloch nationalists have accused the Chinese of conspiring with the Pakistani elite to plunder the province’s resources while doing little to share profits and create jobs for local people. But Simbal Khan, a geo-political analyst, said that China had made similar deals in Africa, Vietnam, Sri Lanka and Bangladesh and the project was of great strategic value to both countries.

“Pakistan is looking at the CPEC project as a game changer, kick starting an era of infrastructure growth and investment. The land deal is just part of the Gwadar port infrastructure that needs to develop to realize the expectations of Pakistan and China from this mega project,” she said.