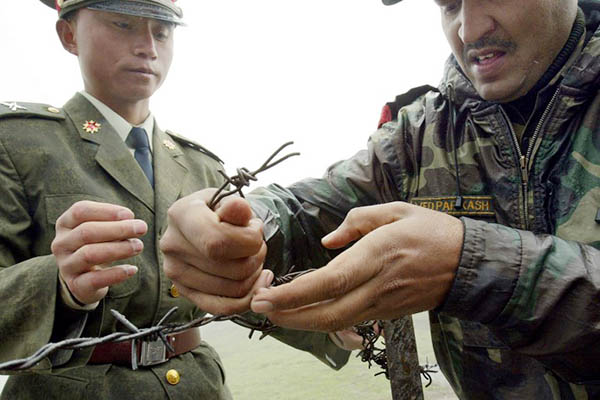 China said Monday it was “pleased” that India had agreed to withdraw troops from a disputed border area in the Himalayas following a months-long stand-off.

Foreign ministry spokeswoman Hua Chunying said Chinese personnel on the ground verified that Indian troops and equipment had pulled back in the morning from the area, which is disputed between China and Bhutan. India’s foreign ministry announced earlier an “expeditious disengagement” in the Doklam area after reaching an “understanding” with Beijing on the confrontation that began on June 16.

The stand-off began in mid-June after Chinese troops started building a road on the remote Doklam plateau. India—a close ally of Bhutan—has an army base nearby and moved soldiers into the flashpoint zone to halt the work, prompting Beijing to accuse it of trespassing on Chinese soil.

China had repeatedly said India must withdraw its troops before any proper negotiation takes place. India said both sides should withdraw their forces together.

Monday’s announcement comes days before India’s Prime Minister Narendra Modi is expected to travel to China for a summit of the BRICS group of countries, which also include Brazil, Russia and South Africa. Hua said China has “friendly relations with India” and hopes its neighbor can “earnestly abide by historical relations and norms governing international law.”

“We will, based on mutual respect for sovereignty, uphold peace and tranquility in border areas with India.”