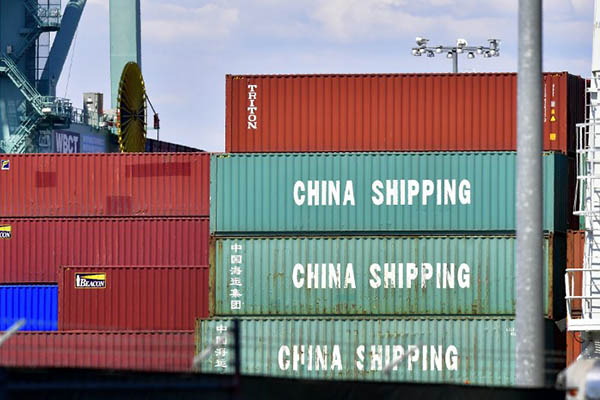 China is digging in for a tough period of deteriorating ties with the United States, fanning the flames of patriotism with Korean War films, a viral song on the trade war, and editorials lambasting Washington.

The trade spat has turned into a war of words since President Donald Trump blacklisted Huawei last week over concerns the telecom giant’s equipment could be used by Beijing for espionage. The move, which bans U.S. companies from providing technology Huawei needs, came as the two sides have yet to resume trade negotiations after they exchanged steep increases in tariffs.

A commentary on state-run Xinhua news agency on Friday said China now had a “deeper understanding” of U.S. “capriciousness” and was ready to fight with its “Long March” spirit. It echoes President Xi Jinping’s tough stance when he called on cadres earlier this week to brace themselves for a “new Long March”—recalling the legendary strategic retreat by Communist revolutionaries in the 1930s who regrouped and went on to triumph in 1949. Xi warned local officials of “complicated and long-term effects” of external influences.

The world’s top two economies will “go through a long period of irrational conflict,” said Zhang Yansheng, chief researcher at the China Center for International Economic Exchanges, at a government organized briefing on Wednesday. “And then during this process, step by step… come to understand each other, resist each other, and [finally] cooperate with each other.”

Trump has left the door open for reconciliation with plans to meet President Xi on the sidelines of the G20 summit in Japan next month. But Chinese state media have ramped up the rhetoric.

A Xinhua commentary on Thursday called the U.S. government “selfish and arrogant.” It added: “The U.S. is defying international rules, abandoning cooperation agreements and harping on America first, American privilege and American exceptionalism.”

Since Trump raised tariffs on $200 billion in Chinese goods in mid-May, the Communist Party mouthpiece People’s Daily has been running a daily column tag-lined “an alarm bell,” rejecting Trump’s arguments that China’s rise was leading to American losses.

Korean War films stoking anti-U.S. sentiments from the 1950s were broadcast for six consecutive days on state television from May 16, reminding audiences of a time when the Cold War came to China’s doorstep as it fought on North’s side against U.S.-led U.N. forces defending the South. Meanwhile, a song penned by a former Chinese government official vowing to beat the U.S. “out of its wits” on the trade war went viral this week, before it was pulled down from popular social media platforms WeChat and Weibo for violating their content rules.

The song is set to the tune of a well-known wartime anti-Japanese propaganda film, Tunnel War. “The Chinese nation is facing a dangerous threat now, similar to the difficult times addressed in the film,” lyricist Zhao Liangtian told AFP. “I want to use this song to awaken the masses. We need to unite as one to develop and to fight.”

Chinese netizens have rallied around Huawei after Trump’s threat to kneecap the company, which is widely seen as a move to thwart Beijing’s hi-tech ambitions. An interview last week with the telecom giant’s founder, Ren Zhengfei, was one of the top trending topics on China’s Twitter-like microblogging platform Weibo. Hundreds of commentators said they wouldn’t abandon the company, while a few called for boycotting iPhones.

But several others said the idea of smashing iPhones was “mere fake patriotism,” after Ren himself said his family uses Apple products. “U.S. attempts to damage Huawei is only a delay tactic, it won’t lead to a deadlock,” said Shi Yinhong, director of the American studies center at Renmin University.

But China’s tech sector would have to brace itself for a long, painful period as it had relied heavily on American technologies, he said. “The American door is closing,” he said, “but China still doesn’t have a plan B.”