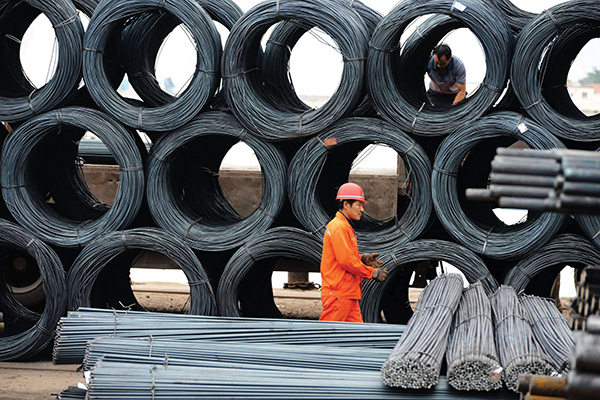 Is the economic miracle over?

For the last two decades, China has posted 9 percent and 10 percent annual growth rates on an increasingly large base. The government needed to maintain the breakneck pace to move people from poverty into the middle class—and to maintain legitimacy. In the wake of the 2008 financial crisis, the government adopted the motto “Save Eight”—i.e., an 8 percent growth rate.

But there are now signs that the commitment is slipping. China’s economy is growing at about a 7.7 percent rate so far this year, and official targets for growth are in the range of 7 percent.

The regime seems to be OK with the slippage—and it may even be behind it.

Why? Part of it is a concession to reality. The factors that drove China’s epic growth—notably, exports to Europe and the United States—are slowing. Chinese officials have also come to realize that its willy-nilly pursuit of growth “is not only no longer attainable, but also detrimental,” says Kenneth Lieberthal, a senior fellow at the Brookings Institution. It has led to environmental destruction, corruption, social dislocation, income inequality, and, perhaps most significantly, a potentially massive debt bubble.

China’s economic bureaucrats have pumped up growth with easy credit through the state-dominated banking sector while turning a blind eye to a burgeoning informal credit sector—private banks, investment companies, and other institutions that constitute the country’s “shadow banking” system. In the last few weeks, as problems have cropped up in the shadow banking system, the government has essentially stood on the sidelines. The result has been a spike in interbank lending rates and sharp declines in local stock-market indices.

Li Keqiang, the premier who took charge in March, may view this potential crisis as an opportunity. China badly wants to reengineer its economy—with less manufacturing and more services, less investment and more consumption. So it is choking off the supply of credit and showing itself willing to let some financial institutions wither in order to do that. That may mean a growth rate that is slower, but also more sustainable and more socially harmonious.