China to Offer ‘Huge’ Amount of Financing to Pakistan 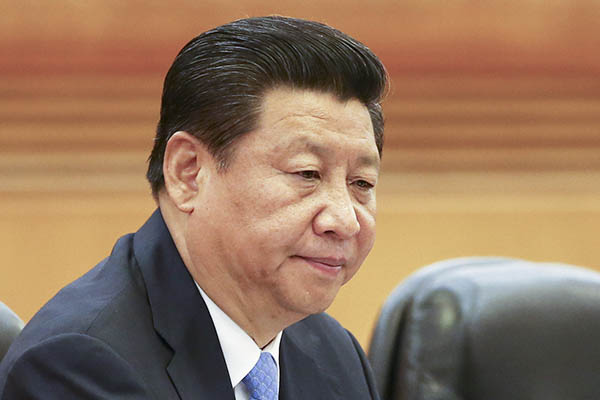 Official says Chinese premier Xi Jinping’s visit will map out Pak-China relations for the next 5-10 years.

Pakistan needs a “huge amount of financing” for infrastructure and energy projects and China is ready to announce help when President Xi Jinping visits next week, a foreign ministry official said Friday.

Islamabad has for decades been Beijing’s closest ally in South Asia, and China, which is expanding its influence in the region, is a major trading partner and key supplier of military technology to Pakistan.

Chinese assistant foreign minister Liu Jianchao declined to offer details in a briefing to reporters ahead of Xi’s two-day trip, which starts Monday, saying that the “specific figure” would be announced during the visit.

But he said a “huge amount of financing” was needed for projects in the transport, infrastructure and energy fields that are part of a China-Pakistan economic corridor initiative. “China stands ready to provide financial support for Pakistan to be used on these projects,” Liu said.

The Wall Street Journal reported that Xi would announce a $46 billion spending plan for infrastructure, with the largest share going for electricity generation.

Xi was originally scheduled to visit last September but Beijing cancelled the trip with Islamabad in the grip of major anti-government street protests.

China has been a key financial and military ally of Islamabad over the years and Pakistani Prime Minister Nawaz Sharif secured promises of $42 billion worth of investment when he went to Beijing in November last year. Much of that centered on the energy sector—Pakistan has wrestled with chronic power shortages in recent years that have scrubbed several points off GDP growth and inflicted misery on the everyday lives of its citizens.

Liu said Xi’s visit would be the first by a Chinese president in nine years and stressed that it was his first overseas trip this year. “It is yet another major diplomatic action taken by China’s top leader in China’s neighborhood,” he said.

He added that the trip will “map out an overall plan for China-Pakistan relations and cooperation in various areas for the next five to 10 years and take bilateral relations to a new level.”