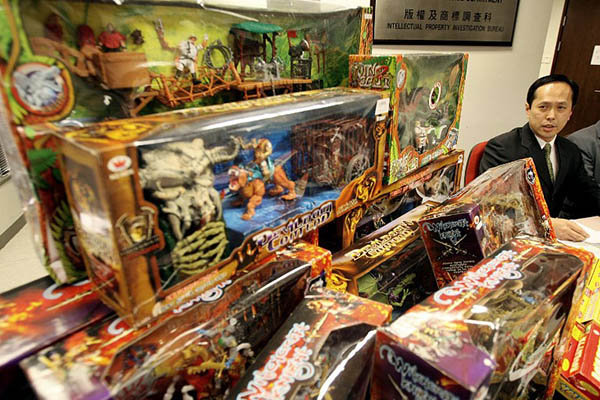 Under new measures, China will publish national list of serial offenders who could face various punishments from different regulators

China announced on Tuesday stiffer punishments for serious infringers of intellectual property—including barring some from buying real estate or going on expensive holidays—as Washington clamors for action on the issue following a trade war truce.

The National Development and Reform Commission, China’s state planner, along with 37 other government departments, released a joint action plan to deal with serial IP infringers, who could face a raft of tough punishments and restrictions if blacklisted.

The crackdown comes days after U.S. President Donald Trump and Chinese leader Xi Jinping agreed at a summit in Argentina to hold off on new tariffs while negotiators seek a deal.

Trump has imposed levies on billions of dollars worth of Chinese imports, in part as punishment over alleged IP theft, which the U.S. says costs its companies as much as $600 billion a year—which China has denied.

Official news agency Xinhua said the decision to further strengthen protection of IP rights was taken “as the country values entrepreneurship and innovation as new drivers of development.”

Under the measures unveiled on Tuesday, China will build a social credit-type system for the field, publishing a national list of serious IP offenders that could face various punishments from different regulators. The National Intellectual Property Administration will make it more difficult for firms and individuals who make the list to register and defend patents. Other departments could limit or prohibit offenders’ access to government support and state procurement contracts. Their offenses will be recorded in the firm’s or individual’s credit history.

Individuals could also be restricted from holding board positions at state-owned companies, buying property or going on extravagant holidays.

Banks are instructed to more carefully consider extending credit lines, while blacklisted firms could be prohibited from issuing corporate bonds.

Qualifying for the “serious dishonest behavior” IP list will require repeatedly infringing on patents, not abiding by past IP enforcement rulings, and providing fabricated documents while applying for patents, among other things. “For those of us in the industry of protecting intellectual property rights, this is definitely a welcome measure,” said Bob Jin, a partner at LexField law firm in Beijing, which focuses on intellectual property law.

In situations with serious repeat offenders, “we don’t have a good way to deal with it, so this is actually filling in some blanks,” Jin said. “This is an unprecedented regulation on IP violation in terms of the scope of the ministries and severity of the punishment,” said Xu Xinming, an IP expert at China University of Political Science and Law, in an interview with Bloomberg News.