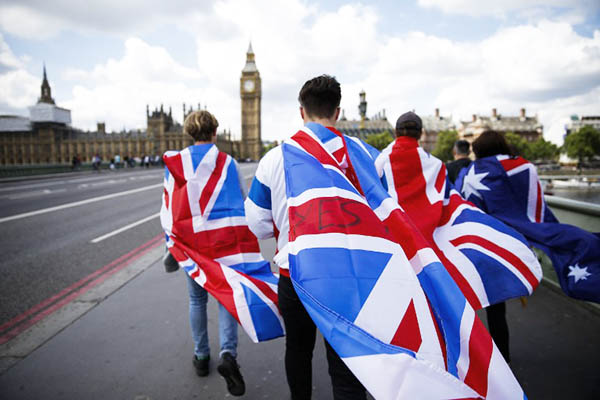 Britain’s smaller trading partners expected to emerge losers if Britain bows out of E.U. without a formal deal

If Britain leaves the E.U. without a deal, the bloc and Britain’s smaller trading partners stand to lose big, but Beijing and Washington could reap huge benefits, the U.N. said on Tuesday.

In a fresh report, the U.N. Conference on Trade and Development (UNCTAD) examined what repercussions it would have for Britain’s trading partners if the country crashes out of the European Union without a deal.

The report, titled “No-deal Brexit: the trade winners and losers,” came out as British Prime Minister Theresa May pleaded with E.U. leaders to provide an extension to the deadline for Brexit to avoid leaving with no deal on April 12.

The UNCTAD report warned that if Britain did exit the bloc without a proper divorce deal, it “would significantly alter market access conditions in the United Kingdom both for developing and developed countries.”

The British market currently accounts for about 3.5 percent of world trade, and last year the country imported goods worth almost $680 billion from the rest of the world, UNCTAD said. More than half of that came from E.U. countries, who stand to lose out on nearly $35 billion in exports to Britain in the case of a no-deal Brexit, the report found.

But it stressed that Britain is also an important trading partner for many developing countries, whose exports until now have enjoyed very favorable market access conditions, largely thanks to preferential E.U. schemes.

If there is a proper exit deal with a lengthy transition period, trading partners would have time to negotiate new bilateral agreements to replace the E.U. deals that will no longer apply to trade with the U.K., UNCTAD said. But without such a deal, countries that currently benefit from favorable market access will feel the pain, while countries that until now have faced significant tariffs will benefit, it said.

“Brexit is not only a regional affair,” UNCTAD head of international trade and commodities Pamela Coke-Hamilton said in a statement. “Once the U.K. has left its 27 European Union partners behind, it will alter the ability of non-E.U. countries to export to the U.K. market,” she added.

In the case of a no-deal Brexit, Turkey would be the second-biggest loser after the E.U., taking an estimated $2.4-billion hit to its exports to Britain, the report said. South Korea, Norway, Iceland, Cambodia and Switzerland also stand to lose big, it added.

Japan could also expect to see its exports to Britain swell by $4.9 billion, while Thailand, South Africa, India, Brazil, Russia, Vietnam and New Zealand would also rake in gains, it said. According to World Trade Organization rules, a country is not permitted to give preferential treatment to a trading partner, and must apply the same tariffs to all, unless there is an exception set out in a trade agreement.

If Britain leaves the E.U. with no such deals in place to protect its current preferential trading partners, it “would increase relative competitiveness of major exporting countries, such as China or the United States, thereby eroding market-share,” Coke-Hamilton said.