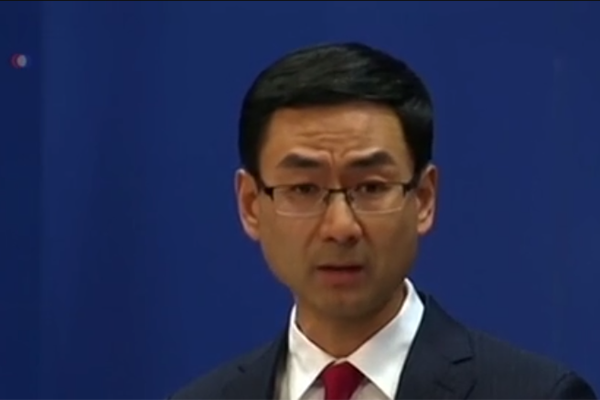 China on Friday urged Pakistan and India to exercise restraint and peacefully resolve all pending disputes through dialogue.

Responding to questions at a regular press briefing, Chinese Foreign Ministry spokesman Geng Shuang said that as a neighbor to both Islamabad and Delhi, Beijing wished for both countries to exercise restraint and refrain from taking actions that could escalate tensions. He said China was closely following recent unrest at the Line of Control dividing Jammu and Kashmir between Pakistan and India.

In the past week, both Pakistan and India have accused each other of ceasefire violations along the LoC. The acrimony has resulted in several clashes, causing casualties of soldiers and civilians alike. Earlier this week, Pakistan confirmed two of its soldiers had died, while India said one of its troops had also been killed.

Not helping matters is a statement from Indian army chief Gen. Bipin Rawat in which he claimed threats along the LoC were escalating and Delhi was ready to overcome them. This prompted Pakistan’s Chief of Army Staff Gen. Qamar Javed Bajwa, Prime Minister Imran Khan and Foreign Minister Shah Mehmood Qureshi to all issue statements alleging India was trying to ramp up violence in the border areas to divert international attention from its domestic issues.

Qureshi, chairing a meeting of former foreign secretaries in Islamabad on Friday, once again claimed India was resorting to continuous ceasefire violations along the LoC to divert global attention from its internal anarchy. He said the ongoing mass demonstrations across India were a direct result of the actions of the Narendra Modi-led government.

The foreign minister also said that the anti-Muslim and Hindutva-based thinking of the Modi regime had sown discord across India.