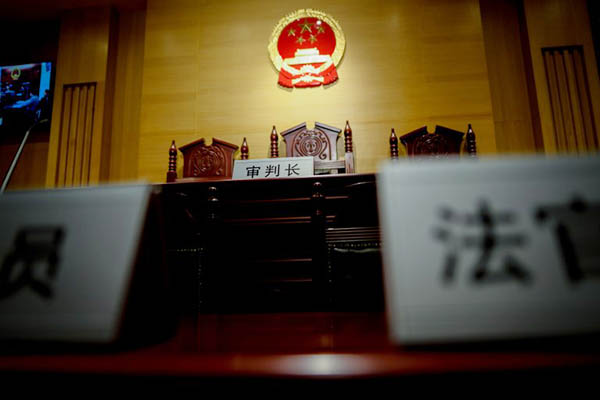 The use of capital punishment is “declining” in China but abolition is still far away because of popular support for the death penalty, said a judge from the China’s highest court.

Beijing carries out more executions each year than any other country, according to human rights groups—but the exact number is a state secret.

While China’s legal system has tightened regulation of capital punishment in recent years, “the conditions for abolishing the death penalty in China are not yet met,” said Li Xiao, a judge at the Supreme People’s Court. “Our history, our culture, as well as our current security needs, compel us to keep the death penalty, but we are cautious and restrained in its application,” she told a rare group interview with foreign press on Thursday.

In 2007 the Supreme People’s Court recovered the power to approve and refuse death sentences, a right previously held by provincial courts. Three years later, China enacted new provisions that strengthened the evidence requirements for death sentences, and in 2015 reduced the number of capital crimes from 55 to 46.

“The number of death sentences has been dropping since then,” said Li. But for “thousands of years, the idea that a murderer has to pay for his crime with his life is deeply rooted in the minds of Chinese people,” she explained. “This is one of the reasons why we cannot abolish the death penalty today, and why we can’t reveal specific figures,” Li said. “If we published them, Chinese people would think we are not carrying out enough executions.”

Homicide, rape, drug trafficking and separatism are all capital crimes in China.

Executions were mainly carried out by shooting, but authorities are gradually moving towards death by lethal injection because it is considered more humane and less destructive to the convict’s body.