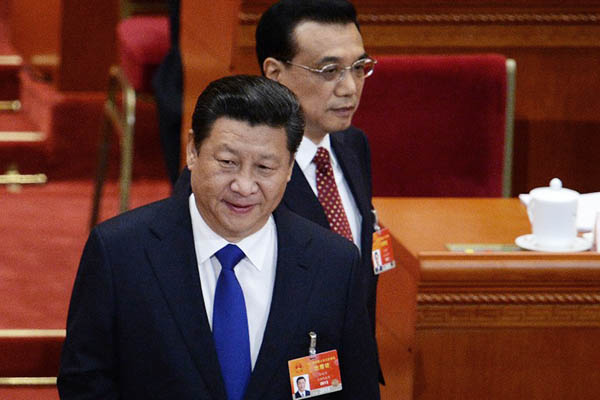 Investment in energy sector, the China-Pakistan Economic Corridor, and talks with Afghan Taliban will likely be discussed.

Chinese President Xi Jinping will visit Pakistan next week, Islamabad said Thursday, with investment in the energy sector and Taliban talks in neighboring Afghanistan likely to feature on the agenda.

Xi was originally scheduled to visit Pakistan last September but Beijing cancelled the trip as Islamabad was in the grip of anti-government street protests.

China has been a key financial and military ally of Islamabad over the years and Prime Minister Nawaz Sharif secured promises of $42 billion worth of investment when he went to Beijing in November last year. Much of that centered on the energy sector—Pakistan has wrestled with chronic power shortages in recent years that have scrubbed several points off GDP growth and inflicted misery on the everyday lives of its citizens.

“The Chinese president will visit Pakistan on April 20-21. He will be accompanied by a high-powered delegation,” foreign ministry spokeswoman Tasneem Aslam told a press briefing in Islamabad. She gave no further details but said a number of important agreements and memorandums of understanding, under the ambit of the China-Pakistan Economic Corridor, will be signed between the two countries during the visit. Xi would be conferred Pakistan’s highest civil award, the ‘Nishan-e-Pakistan’ at a special investiture ceremony organized at the Aiwan-e-Sadr during his visit. He will also address a joint session of Parliament.

Pakistan has for decades been China’s closest ally in South Asia, and Beijing is a major trading partner and key supplier of military technology to Islamabad.

Analysts believe the visit will pave the way for greater Chinese investment in Pakistan. Recent reports suggested Beijing might agree to finance key sections of a long-stalled gas pipeline connecting Pakistan to Iran.

“The visit is both symbolic and substance wise, China will enhance investment and economic activity in Pakistan,”said analyst and retired general Talat Masood.

Attempts at reconciliation between the Afghan Taliban and Kabul government may also come under discussion.

Chinese Foreign Minister Wang Yi said on a visit to Islamabad in February that Beijing was ready to support Afghan President Ashraf Ghani in his efforts to reach a negotiated end to the insurgents’ 13-year fight. China had already promised major financial assistance to Afghanistan but before Wang’s comments Beijing had said little about supporting political efforts in Afghanistan, with which it shares a 76-kilometer border.

Pakistan borders the far-western Chinese region of Xinjiang, where a series of clashes and attacks on civilians last year left more than 200 dead. Beijing blamed some of the region’s violence on an organized terrorist group it calls the East Turkestan Islamic Movement (ETIM) seeking independence for the region, home to the mostly-Muslim Uighur minority.

Many analysts doubt that any large scale organization of the kind exists, while rights groups blame the violence on what they call the repression of Uighur language and culture by Beijing. “China is very much interested in securing its border… they don’t want any militancy and they want Pakistan to ensure that there is no cross-border infiltration of militants,” Masood added.