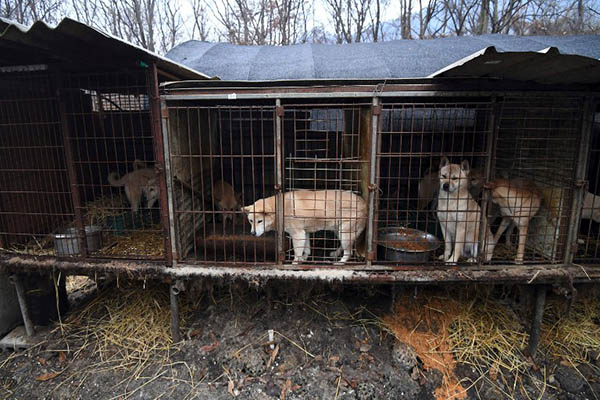 Shenzhen, the Chinese city that links Hong Kong to the country’s mainland, has banned the consumption of dogs and cats as part of a larger clampdown on the trade of wildlife following the novel coronavirus outbreak that originated in Wuhan city last year before spreading globally.

Scientists believe that the coronavirus passed to humans from animals. Some of the earliest infections were found in people who had been exposed to a wildlife market in Wuhan, where bats, snakes, civets and other animals were sold. Recent research has found links between pangolins—a delicacy in China—to the disease but there has been no confirmation of what resulted in COVID-19.

The disease has infected more than a million people around the world as of April 3, and killed over 51,000 of them.

Authorities in Shenzhen said the ban on eating dogs and cats would come into force on May 1—a month from now.

“Dogs and cats as pets have established a much closer relationship with humans than all other animals, and banning the consumption of dogs and cats and other pets is a common practice in developed countries and in Hong Kong and Taiwan,” the city government said in the order issued on Wednesday. “This ban also responds to the demand and spirit of human civilization,” it added.

China’s top legislature said in late February it was banning the trade and consumption of wild animals. Provincial and city governments across the country have been moving to enforce the ruling but Shenzhen has been the most explicit about extending that ban to dogs and cats.

Dogs, in particular, are eaten in several parts of Asia. The Lychee and Dog Meat Festival in Yulin, China is particularly guilty of this. Spanning about 10 days, it is estimated that thousands of dogs are reportedly consumed during the festival.