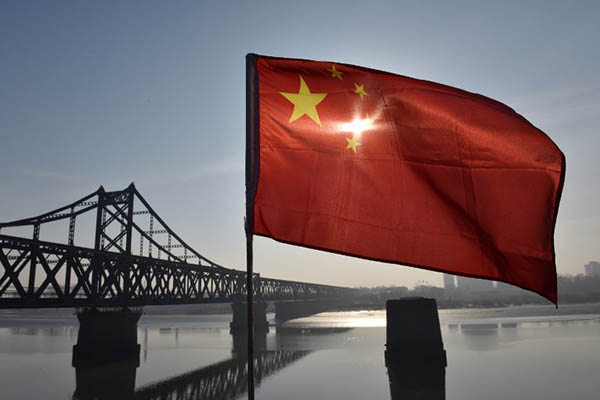 The Chinese troll army suddenly struck one evening, bombarding the Facebook pages of two pro-Uighur groups with an array of verbal grenades and offensive images. The social media onslaught was the handiwork of the self-styled Diba Central Army, a Chinese patriotic group that has targeted other pages in the past to defend Beijing.

With China increasingly concerned about its global image over issues ranging from Taiwan—which Beijing sees as part of its territory—to draconian security in restive Xinjiang, Diba has served as a powerful online ally with its propaganda efforts. While the group’s link to the state are unknown, its members have been lauded in state media as “patriotic grassroots voices.”

On April 10, several posts on the Talk to East Turkestan and Uyghur World Congress Facebook pages were strafed with a battery of images showing postcard-perfect pictures of happy people in Xinjiang with captions to the same effect. The images were stamped with the Diba Central Army logo.

Other comments and images were either racially offensive or threatening, many referring to the pages as “terrorist groups.”

“A terrorist page, no different from ISIS,” read one comment on the Talk to East Turkestan (TET) page. Another comment contained a Soviet era-style poster featuring a hand crushing brown and black people.

Arslan Hidayat, one of the editors of the TET Facebook page, told AFP he realized something was out of the ordinary after he received more than 1,400 comments on a post within mere hours. “We’re happy that this is happening because it means that the things we are sharing is angering the CCP [Chinese Communist Party],” Arslan said. “The Chinese are trying to downplay our efforts,” he said.

Beijing has attracted widespread criticism for placing an estimated one million Uighurs and other mostly Muslim Turkic-speaking minority groups in internment camps, which it describes as vocational education centers aimed at preventing religious extremism. Diba counters that the camps are lies being spread by foreign powers.

The Diba “army” spawned out of a fan page using the nickname for a popular Chinese ex-footballer—who is not associated with the group—and now boasts more than 20 million users across various social media platforms, each representing a “platoon.” It even gives mainland Chinese instructions on how to use software to circumvent China’s Great Firewall, which blocks sites such as Facebook.

The group is known colloquially as a “fifty-cent army”—people paid to post patriotic comments on social media. Diba rejects the label. But observers say its tactics are right out of the playbook of the United Front Work Department—an umbrella department governing issues ranging from minority rights, religion and overseas Chinese communities.

While the department did not respond to AFP questions, state media has given Diba their seal of approval, lauding the group as “patriotic” for their “crusades” against falsehoods about China.

“It’s a rather perverse attempt to manipulate public perceptions about people, groups, or incidents which are dangerous to state actors,” Serrato said. “The question is always how to attribute these kinds of campaigns and to what extent they are in fact non-state actors engaged in ‘pro-social’ activity or actually somehow related to government authorities.”

To join its Facebook group, new users have to answer a series of questions on China’s Anti-Secession Law, whether a lack of democracy is acceptable, and a promise to abide by group rules. Diba divides itself into platoons and conducts each operation with military discipline, attacking the page of Taiwanese President Tsai Ing-wen in the past.

An AFP check showed that most accounts that commented on the Uighur pages had been set up for this specific purpose, with generic profile pictures and few friends. The attack on “separatists and extremists” was first announced on the group’s various pages along with guidelines and suggested memes.

Despite the abuse, moderators said they had to manually remove thousands of comments because Facebook’s algorithms had not been triggered.

The social media giant said it is working on several ways to detect and disrupt spam comments. “In this case, we have removed content and accounts that violate our policies, and will continue to investigate and take action on any abusive behavior we find,” a Facebook spokesperson told AFP in an email. “We know our job is never done when it comes to finding and removing abuse, and we’ll continue to invest in the teams, technology, and tools required to reduce abuse on our platform.”