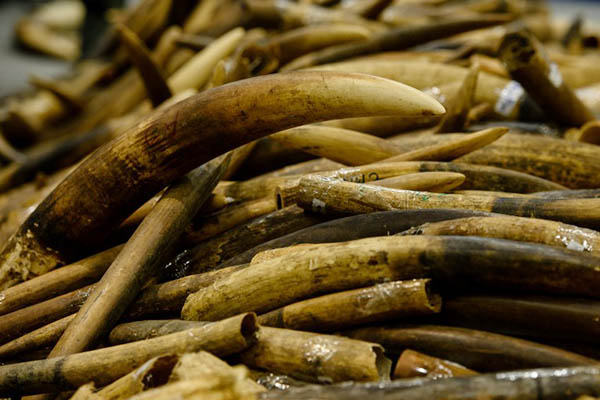 China’s complete ban on ivory trade went into effect on Sunday, officials said, a major step forward in Beijing’s efforts to rein in what was once the world’s largest market for illegal ivory.

“From today… the buying and selling of elephant ivory and goods by any market, shop or vendor is against the law!” the forestry ministry said on its official account on Chinese social media platform Weibo. “From now on, if a merchant tells you ‘this is a state-approved ivory dealer’… he is duping you and knowingly violating the law.”

The ministry added that the ban also applied to online sales and souvenirs purchased abroad.

According to the Xinhua state news agency, a partial ban had already resulted in an 80 percent decline in seizures of ivory entering China. Domestic prices for raw ivory are down 65 percent, it said.

The total domestic ban was announced at the end of last year.

By this March, Xinhua reported, 67 factories and shops involved in China’s ivory trade had closed. The remaining 105 were expected to close Sunday.

China had previously banned imports of all ivory and ivory products acquired before 1975, after pressure to restrict a trade that sees thousands of elephants slaughtered every year.

African ivory is highly sought after in China, where it is seen as a status symbol, and used to fetch as much as $1,100 a kilogram. Poaching in Africa has seen the elephant population fall by 110,000 over the last 10 years to just 415,000, according to the International Union for Conservation of Nature.

Despite an overall fall in poaching, Africa’s elephant population has declined in part because of continued illegal killing, said a report this year by the Convention on International Trade in Endangered Species.