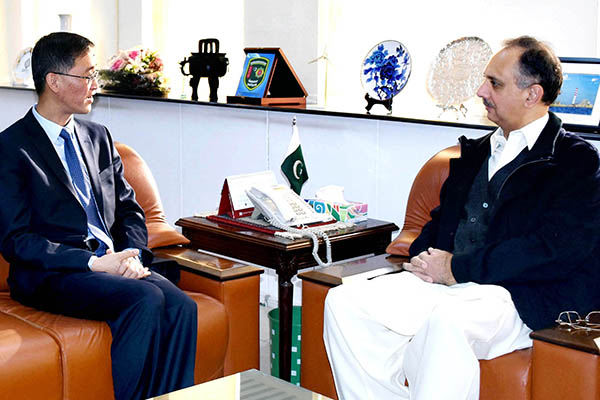 Many Chinese companies are eager to invest in the power, oil and gas sectors of Pakistan, China’s Ambassador to Pakistan Yao Jing said on Tuesday.

During a meeting with Power and Petroleum Minister Omar Ayub Khan, Beijing’s envoy hailed the progress on energy projects initiated under the China-Pakistan Economic Corridor, adding this cooperation would be further expanded in 2020.

Echoing Yao’s views, the power minister said the advent of the new year would further strengthen the existing exemplary friendship between Pakistan and China. He said both countries were eager to work even closer in various fields, including the energy sector, for which he said new areas were being explored.

Khan also apprised the Chinese ambassador about ongoing projects under CPEC. He said the undertakings were all being executed well within projected timelines.

According to Radio Pakistan, the federal minister said that the bidding process for 40 new exploration blocks related to the oil and gas sector would soon be initiated.

The two officials also reviewed progress on various energy projects, and agreed to undertake a comprehensive review on all ongoing and pending projects at the Power Division.