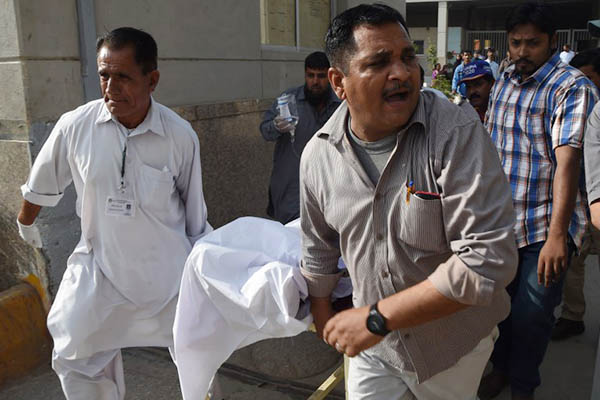 Unidentified gunmen on Monday fired multiple shots at two Chinese nationals, killing one of them in a targeted attack in an upmarket area of Karachi, police said.

The two Chinese were in their car in the Zamzama district when the attackers in another car opened fire on their vehicle. One of the Chinese suffered two bullet wounds to his head and later succumbed to his injuries, doctor Seemi Jamali, the head of the government hospital where he was brought, told AFP.

Police earlier said both Chinese nationals had been injured in the attack but later clarified that one had escaped unhurt. However, they confirmed that a Pakistani passerby suffered minor injuries.

The two Chinese were working for a shipping company.

Thousands of Chinese engineers and technicians are working in Pakistan. China is ramping up investment as part of a $54 billion project known as the China-Pakistan Economic Corridor, upgrading infrastructure, power and transport links between its far-western Xinjiang region and Pakistan’s Gwadar port.

Last October Pakistan confirmed the death of two Chinese nationals who were kidnapped in Quetta, months after the Islamic State group claimed it had killed them. The pair, a man and a woman, had been dragged into a car in May 2017 by three men, witnesses said, adding that another Chinese woman managed to escape.