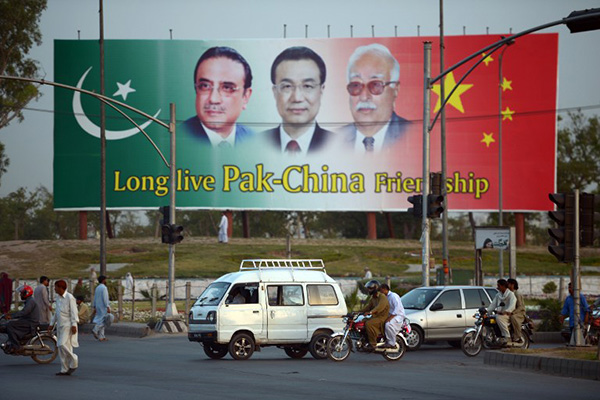 Chinese Premier Li Keqiang arrives in Pakistan today for a two-day visit where he will meet Prime Minister-elect Nawaz Sharif as the long-time allies look to boost trade ties.

Sharif’s Pakistan Muslim League (Nawaz) party swept to victory in the May 11 general elections on a promise to revitalize Pakistan’s struggling economy, for which help from its giant neighbor to the north will be important.

Trade between China and Pakistan hit a 12-month figure of $12 billion for the first time last year, according to Islamabad, up 18 percent on the previous year, and the two sides are committed to raising this to $15 billion in the next two to three years.

Pakistan’s former ambassador to the United States Tariq Fatemi said the visit was crucial in drawing up the economic roadmap for the incoming government. “Normally foreign visitors don’t go to countries during the interim setups, but China has recognized that the visit to Pakistan is necessary even at this stage and that is why they have organized a separate one-on-one meeting with Nawaz Sharif,” he said.

There are an estimated 10,000 Chinese people and more than 120 Chinese companies in Pakistan, many working on infrastructure and energy projects. Beijing has built two nuclear power plants there and is contracted to construct two more reactors.

In February, Beijing also took control of Pakistan’s strategic port of Gwadar, which through an expanded Karakoram Highway could connect China to the Arabian Sea and Strait of Hormuz, a gateway for a third of the world’s traded oil.

Li will address a special session of the Pakistani Senate, the Upper House of Parliament, and the two sides are expected to sign memorandums of understanding on economic, energy and science issues.

Li arrives in Pakistan after a visit to archrival India, where he promised to open China’s vast domestic market wider and forge a “dynamic trade balance” with the South Asian giant.

After Pakistan, Li’s tour takes him to Europe, where he will visit Switzerland, with which China is negotiating a free trade agreement, and Germany, its largest European trading partner.