Chohan Out, Awan In 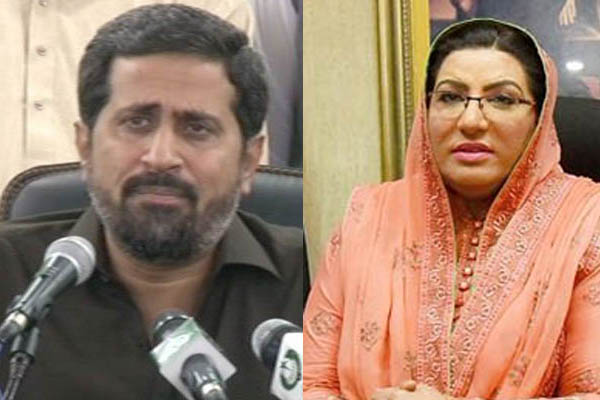 “The Chief Minister of the Punjab has been pleased to appoint Firdous Ashiq Awan as Special Assistant to the Chief Minister in place of Javed Akhtar, with immediate effect,” read a notification issued by the Services and General Administration Department. It added that Awan had been granted the portfolio of Special Assistant to the C.M. on Information.

“I am greatly humbled and honored with the confidence that my great leader Imran Khan has shown in myself and my ability,” Awan posted on Twitter. “I am also deeply thankful to the honorable CM Punjab for making me a part of his team. I will do my level best to honor this call to duty,” she said.

In a subsequent tweet, she added: “It is with great humility that I accept this tremendous responsibility. God willing, I will try and do my level best to change the information landscape of the Punjab government for the better to the best of my ability.”

Awan had previously served as the Special Assistant to the P.M. on Information from April 2019 to April 2020. She was replaced by Lt. Gen. (retd.) Asim Saleem Bajwa—who has since resigned from the post while retaining his chairmanship of the China-Pakistan Economic Corridor Authority—and was accused of kickbacks and corruption shortly after her ouster. She refuted the accusations, claiming they were “baseless.”

The Supreme Judicial Council has also ordered contempt of court proceedings against Awan for her role in the Justice Qazi Faez Isa case—a point the opposition has seized upon to demand that the government reconsider its decision to appoint her as special assistant.

Awan’s new deputation appears to be in line with Prime Minister Imran Khan’s desire to have the opposition, particularly the Pakistan Muslim League (Nawaz), targeted by government ministers “at all levels.” She has been a vocal critic of the Sharifs and, prior to her ouster, would spend the bulk of her press conferences criticizing and deriding opposition parties.

The sudden dismissal of Chohan—who has been allowed to retain his post of Colonies minister—proved just as much a surprise to him as it did to the public. The minister was approached by media to comment on his ouster and was clearly taken aback, saying merely: “I have no knowledge of this.”

The government also removed Mehar Muhammad Aslam as the Minister of Cooperatives, while Zawar Hussain Waraich was removed as Minister of Prisons. There has been no information on who might replace these two on their positions yet.