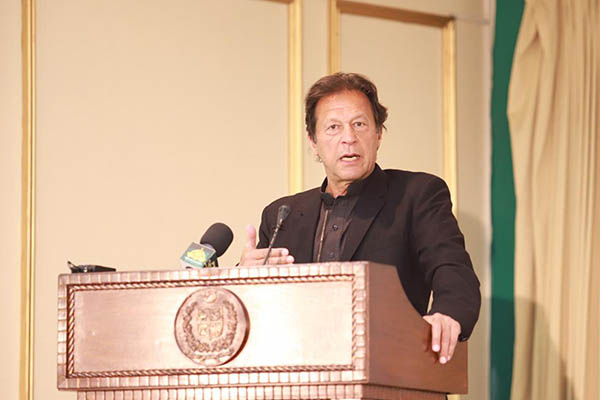 Prime Minister Imran Khan on Friday said the government would use the data gathered through complaints submitted to the Pakistan Citizens Portal to identify corrupt and inefficient civil servants and “sack” them.

Addressing a ceremony in Islamabad to mark the two-year anniversary of the initiative, he said underperforming bureaucrats wouldn’t simply be transferred as they had been in the past—they would be removed from service. “We will not transfer a corrupt bureaucrat but will sack him,” he said, adding that plans were underway to introduce a new local government system that would allow every district to determine how best to utilize funds allocated for it.

“[The] new local government system will usher in a revolution. It will be implemented at the village level, allowing people to directly elect representatives that are allocated funds annually,” he said. “It would be the best way to solve municipal problems [at] local government level, like pollution, waste management and sewerage system. Across the world, these issues are resolved by local governments,” he added.

The prime minister claimed that three million complaints had been received by the Pakistan Citizens Portal in the past two years, and urged more people to use it to hold officers accountable. “We will further strengthen the portal, as it is the best method for citizens to register complaints. As a prime minister, it is also easy for me to know which minister or department is working well and which bureaucrat is performing poorly,” he added.

According to the government, around three million people have complained through the portal since its launch on Oct. 28, 2018, out of which 2.5 million complaints have been resolved.

Khan stressed that the portal would help keep the government honest. He said it would make it easier to reward civil servants who were performing their functions well, and punish those who were underperforming. He said the portal was another step toward Pakistan becoming like Riyasat-e-Madina, as it empowered the people and guaranteed public service to all sectors of society.

The prime minister claimed the data collected in the past two years had shown that local governments were not working properly. He said it was heartening to see overseas Pakistanis benefiting from the forum.