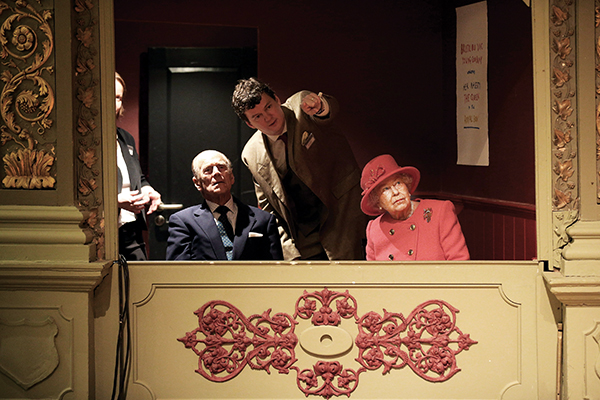 Bridge to the wide world.

[dropcap]G[/dropcap]rowing up in a port, you look outward. The low elephant grief of ships’ horns was the soundtrack of my Bristolian childhood. We were proud of our seafaring roots: my parents named my brother Mathew after the ship in which John Cabot sailed away from our city to discover the North American mainland (or so it was said: we weren’t having any of that Viking explorer nonsense).

Saxon settlers founded Bristol 1,000 years ago on the banks of the Avon in the southwest of England, although Romans had been there before them, as today’s arrow-straight roads reveal. The modern city is a riot of stone, unlike London, which is brick built. On either side of the gleaming cobbles of King Street, half-timber Tudor trows (inns) shoulder up to multistory car parks, the kind of historical overlap typical of this most organic of urban centers. On the elegant 19th-century streets of the Clifton neighborhood, neoclassical mansions exude the confidence of mercantile wealth built on sugar and slavery, as do the names of the streets—Whiteladies Road, Blackboy Hill—while around the Hotwells Spa, where slavers’ wives once enjoyed the waters, developers have moved in to renovate the Georgian townhouses.

If a single image represents Bristol, it is the Clifton Suspension Bridge, a soaring half hoop spanning the Avon. Initially funded by a wine merchant (a nice Bristolian touch, that), the bridge was eventually designed by a 24-year-old named Isambard Kingdom Brunel. All he wanted to do was build a bridge that held up, but in the process Brunel created a piece of beauty to rival the Pont Neuf. Incidentally, the tidal range of the Avon—a whopping 43 feet, the second highest in the world—meant that when ships were grounded at low tide, the crew were obliged to tie every last thing down, hence the still-current expression “shipshape and Bristol fashion.”

When the Industrial Revolution quieted the clamor of the foghorns, the Wills and Fry manufacturing dynasties took over. They owed their fortunes to tobacco and chocolate, respectively, and in the 1920s and ’30s red-brick factories and smokestacks rose over the eastern quarters. In the Second World War, German planes bombed the city to bits, aiming at the docks and the Bristol Aeroplane Co. In a single attack in November 1940, 12,000 incendiary bombs and 160 tons of high-explosive bombs fell, and my auntie was born in an air-raid shelter. The shells carved out craters on the 441-acre limestone downland close to the heart of town, and in the 1960s they made useful hiding places for our childhood games.

Once behind only London and York, Bristol is now England’s sixth-largest city, with a population of half a million. The aerospace industry remains an important economic driver (with Rolls-Royce among the players), as do the high-tech and banking behemoths that relocated from the Big Smoke (as England’s capital city has been called) in the ’80s for the more civilized atmosphere of the southwest. The prestigious University of Bristol, which evolved from a 16th-century Merchant Venturers’ Technical College, still injects a youthful vigor around the steep central Park Street, and the arty spaces in redeveloped warehouses bring a cultural vibrancy that residents boast rivals London’s. Perhaps. But it’s always been a town of actors. The Theatre Royal is the oldest continually operating theater in England and a source of tremendous civic pride. I sold ice creams there in the 1970s, though I spent most of my time foisting free cones into the hands of Daniel Day-Lewis, then a student at the in-house theater school. I feel sure he remembers me.

There is something tribal about us Bristolians, sandwiched as we are between the brash capital 120 miles away and the Welsh backwaters to the west. It’s an exceptionally hilly city, and I am proud to have inherited the Bristolian preference for hills over plains. Flat is never beautiful to one who has looked every day over the Avon Gorge, that epic 300-foot limestone slash that runs down west Bristol. It is a swooping view, the layered rock scoured in parts by warm uplifts and colonized in others by honewort and Bristol onion. And of course, I speak with the fabled Bristolian burr, a yokely accent that occasionally lapses into Old German and always adds an “l” to words ending in a vowel. I can hear my grandmother now, shouting as she called me in to tea—that being the evening meal, taken at 5 p.m.: “Saral!”

Wheeler’s latest book, O My America! Six Women and Their Second Acts in a New World, comes out in August. From our May 3, 2013, issue; Bridge to the Wide World.