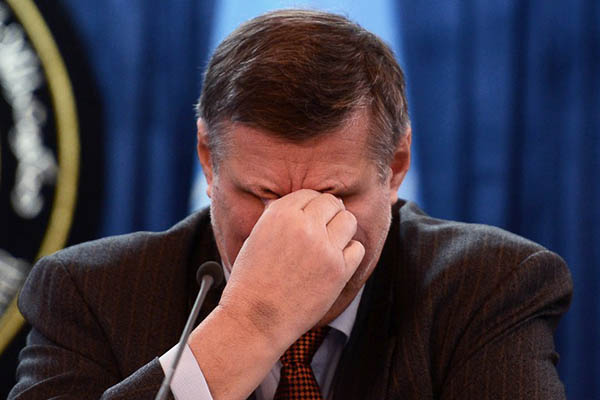 U.N. Special Representative to Afghanistan Jan Kubis at a press conference on civilian casualties in Kabul in 2014. Wakil Kohsar—AFP

The United States underestimates the long-term impact of civilian deaths on its military missions and is failing to implement lessons learned from 15 grueling years in Afghanistan, a report released Wednesday found.

While the U.S. military frequently stresses it does all it can to prevent civilian casualties, the report said poorly planned airstrikes, misidentified targets, unexploded ordinance and rogue partner troops have too often led to non-combatant deaths in Afghanistan, Iraq, Syria and elsewhere.

The study by Open Society Foundations, a charity created by U.S. magnate and philanthropist George Soros, found that in Afghanistan, such deaths seriously undermined the mission and fueled the growth of the Taliban. A U.S.-led coalition invaded the country at the end of 2001 and war still rages between Taliban and other insurgent groups and U.S.-backed Afghan national forces.

Speaking at a Washington discussion with the study’s authors, Michele Flournoy, a former under secretary of defense for policy, said the United States is quick to commit to new military engagements without stopping to digest the costly knowledge it has just acquired. “After more than 15 years of war, there is still far too little reflection on what the lessons we should be learning from these experiences are, particularly at the strategic level,” said Flournoy, who is widely tipped for consideration as the next Pentagon chief if the Democrats win the presidential election.

In Afghanistan, feuding locals have frequently duped U.S. forces into attacking rivals and those fights often ended up with civilian dead, further fueling anti-U.S. resentment. “Civilian harm accelerated the insurgency and undermined the U.S. and Afghan governments,” said Army combat veteran Christopher Kolenda, a study co-author. “It was like burning a candle at both ends with a blowtorch.”

The report describes several causes of civilian casualties, and is particularly critical of unplanned airstrikes to support troops on the ground as being a “primary driver” of civilian harm.

In Afghanistan in 2008, for instance, airstrikes accounted for 64 percent of the 828 non-combatant deaths blamed on pro-government forces.

The Pentagon is still reeling from the fallout of last year’s inadvertent strike on a hospital in the Afghan city of Kunduz, in which 42 people were killed. In Syria and Iraq, where a U.S.-led coalition has been bombing Islamic State targets since August 2014, the U.S. military has publicly acknowledged killing 41 civilians, even though it has conducted nearly 13,000 strikes.

Study co-author Rachel Reid said the number was a massive underestimate. “The U.S. really does not know the scale and impact of the civilian harm that it is currently causing in Iraq and Syria,” she said.

Additionally, the report blasts “predatory partners” the United States worked with in Afghanistan who could “operate with near impunity due to their close and highly visible relationship to the U.S. military.”

Study authors make a slew of recommendations including the implementation of “civilian protection cells” that would monitor civilian harm and communicate with commanders to improve battlefield decision-making. The military should also “respond to civilian harm in ways that avoid premature denials, provide timely and clear communication of the outcomes of investigations and accountability measures to host nations, victims, and the public,” the report states.

Lessons learned need to be applied to U.S. military interventions in Iraq and Syria, in Yemen—where strikes target Al Qaeda in the Arabian Peninsula—and in Pakistan, where U.S. drones hunt the Taliban. Still, the report acknowledged some of the difficulties the Pentagon faces as it tries to avoid killing civilians.

“In Yemen, Iraq, Syria, and Pakistan, U.S. forces are confronted with incredibly challenging targeting and operational environments, and have been taking considerable steps to protect civilians,” the report states. But “other parties to the conflict have at times displayed a callous disregard for civilian life, including egregious war crimes in Syria, in particular.”