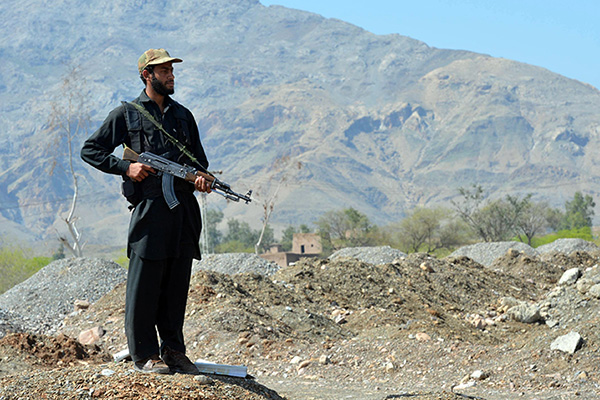 At least 15 militants and four soldiers were killed during clashes in a tribal district in northwest Pakistan, security officials said on Saturday.

The confrontation started on Friday and continued until Saturday morning in Khyber, one of the seven tribal districts along the Afghan border, officials said.

“During exchange of fire, troops killed at least 15 militants and destroyed their two hideouts,” said a senior security official. “Four soldiers also embraced shahadat (martyrdom) in the operation,” he added. Another security official also confirmed the toll, which could not be verified by independent sources.

It was not clear how the clashes began, but Pakistan troops have been targeting Taliban and Lashkar-e-Islam militia in a recent military push in the Khyber tribal district. The key area straddles the NATO supply line into Afghanistan, used by U.S.-led troops to evacuate military equipment ahead of their 2014 withdrawal.