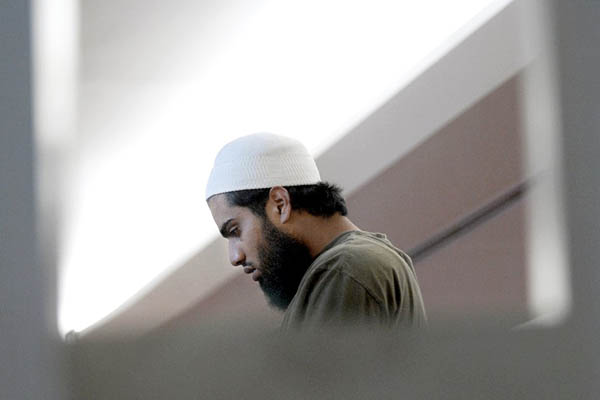 Senior clerics on Wednesday announced that they would not halt congregational prayers in mosques across Pakistan, adding that all mosques would remain open despite the threat of the novel coronavirus spreading among those attending.

“Everyone should perform ablutions at home,” said Ruet-e-Hilal Committee Chairman Mufti Muneeb-ur-Rehman after a meeting of prominent religious clerics in Karachi. “The sunnahs before and after farz prayers should also be offered at home,” he added.

The announcement to keep mosques open comes as the number of confirmed coronavirus in Pakistan has crossed 1,000, with eight deaths. Every single province has imposed restrictions on mass gatherings of people, barring mosques, prompting concerns from observers that mosques could become the new epicenters of COVID-19’s spread in the country.

Earlier this week, around six cases of coronavirus were reported from residents of Islamabad who had attended a Tablighi Jamaat in Lahore. The Gaza Strip also reported two cases of the virus in men who had returned to the Middle East after attending a mass religious gathering in Pakistan.

Many countries, including the U.A.E., Saudi Arabia and Turkey, have already suspended mass prayers. On Wednesday, at the urging of President Arif Alvi, Egypt’s Al-Azhar issued a fatwa permitting the suspension of Friday prayers to control the spread of the novel coronavirus.

The fatwa (religious ruling) stresses that public gatherings such as congregational prayers can help coronavirus spread and that governments of Muslim countries have the right to cancel this at this time. It also emphasizes amending the azaan (call to prayer) with words that encourage the faithful to pray at home instead of at mosques. The fatwa says families can arrange group prayers at home instead of going to the mosques.

President Alvi, sharing the fatwa on social media, called on all ulema in Pakistan to act upon its instructions and cancel Friday prayers. He also reiterated that many countries, such as the United Arab Emirates, Saudi Arabia, Iran, Algeria, Tunisia, Jordan, Kuwait, Palestine, Turkey, Syria, Lebanon and Egypt, had already cancelled prayers.

Mufti Muneeb, however, had merely advised caution. He told mosques to remove carpets, wash the floors and install hand sanitizers at entrances as preventative measures against the coronavirus. He urged people who had a cough or fever to not attend congregational prayers, and also told people over 50 to offer their prayers at home.

According to Special Assistant to the P.M. on Health Dr. Zafar Mirza, the majority of cases in Pakistan have actually been found in people between the ages of 21 and 30; banning the elderly would still allow the virus to spread among the populace through mosques, defeating the point of provincial lockdowns and social distancing measures.

Mufti Taqi Usmani, another prominent cleric, told press in Karachi said that it was obligatory for every Muslim to take precautionary measures against the virus. People needed to consult Allah and apologize for their sins, he said, echoing comments from Punjab Information Minister Fayyaz-ul-Hassan Chohan, who had implied the virus was Allah’s punishment for sins.