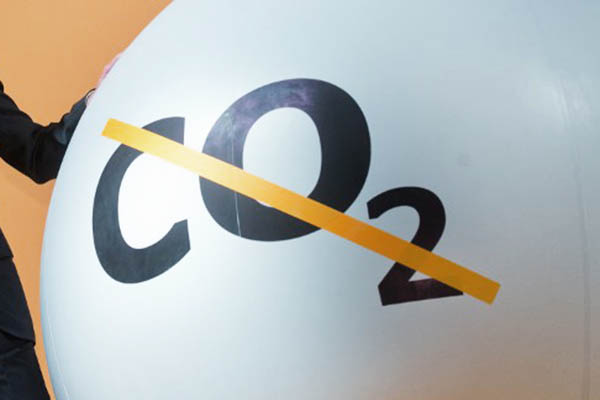 U.N. says annual average will not dip below 400ppm for many generations.

The concentration of carbon dioxide (CO2) in the atmosphere has passed an ominous milestone, ushering the planet into “a new era” of climate change, the U.N. said on Monday.

For the first time on record, the amount of CO2 in the atmosphere averaged 400 parts per million (ppm) in 2015, the World Meteorological Organization (WMO) said in its latest Greenhouse Gas Bulletin.

The U.N. agency also reported that CO2 concentration rates had “surged again to new records in 2016” and predicted the annual average would “not dip below [400ppm] for many generations.”

WMO chief Petteri Taalas said “the year 2015 ushered in a new era of optimism and climate action with the Paris climate change agreement. But it will also make history as marking a new era of climate change reality with record high greenhouse gas concentrations.”

The CO2 concentration rate for 2014 was 397.2ppm, just short of the 400ppm mark that some climate activists once deemed unthinkable.

CO2 concentration rates have spiked in part because of a strong El Nino, the whether phenomenon that occurs every four to five years with a broadly warming effect. El Nino “triggered droughts in tropical regions and reduced the capacity of ‘sinks’ like forests, vegetation and the oceans to absorb CO2,” WMO said.

But Taalas, warned against complacency just because El Nino has subsided for now. “The El Nino event has disappeared. Climate change has not,” added the Finnish national, who was named WHO chief earlier this year.

Taalas applauded the landmark deal reached in Rwanda’s capital Kigali earlier this month to phase out hydrofluorocarbons (HFCs), a category of dangerous greenhouse gases widely used in refrigerators and air conditioners. The Kigali pact has been heralded as a major step toward curbing global warming, but Taalas cautioned that in working to cap HFC emissions the world could not afford to take its focus off CO2.

“The real elephant in the room is carbon dioxide, which remains in the atmosphere for thousands of years and in the oceans even longer,” he said.

The WMO’s annual Greenhouse Gas Bulletin tracks concentrations of gasses in the atmosphere, rather than emissions with data compiled from a monitoring station in Mauna Loa, Hawaii.

Aside from CO2, the report monitors concentration rates of other major greenhouse gasses like methane, which in 2015 hit 1845 parts per billion, or more than 256 percent above pre-industrial levels.

Globally averaged concentrations of nitrous oxide, another climate change actor, were 121 percent above pre-industrial levels, according to WMO’s 2015 data.

The agency estimates that roughly half of greenhouse gas emissions end up in the atmosphere, as about a quarter is taken up by the ocean and another quarter taken up by the biosphere.