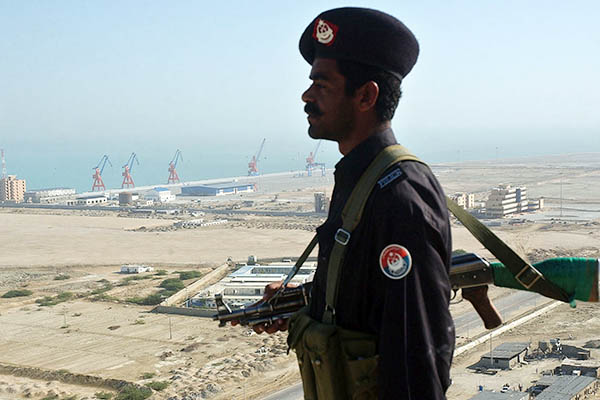 The incident happened in the Suntsar area of Gwadar district in Balochistan province at around 3 a.m.

Intelligence sources told Newsweek that at least 10 security personnel had been killed but this claim could not be independently verified.

Banned separatist group, the Baloch Liberation Front (BLF), claimed responsibility for the attack on the coastguard personnel. Gohram Baloch, spokesman for the organization, told journalists in Quetta via telephone that the BLF had killed 25 soldiers, and kidnapped two. He said two militants had also been killed in the attack. Government sources, however, maintain that the attack resulted in seven casualties and have yet to confirm any kidnappings.

Balochistan suffers from both Islamist militancy and a regional insurgency, which began in 2004, with rebels demanding political autonomy and a greater share of profits from the region’s natural resources. The province has also increasingly become a flashpoint for surging sectarian violence between Pakistan’s Sunni and Shia Muslim sects.