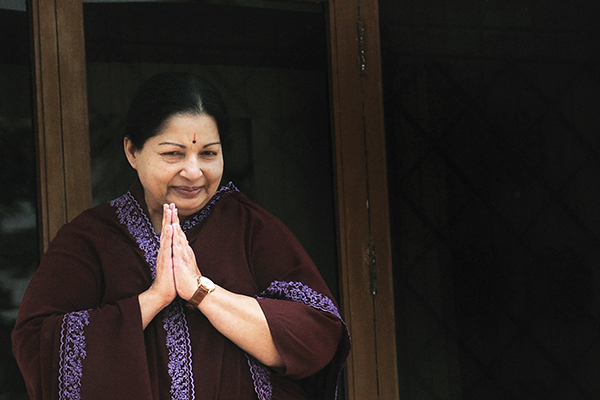 On Sept. 27, Tamil Nadu’s revered chief minister, Jayaram Jayalalitha, was sentenced to four years in prison and fined $16 million. The 66-year-old former film actress took the reins of the AIADMK party—currently the third largest in India’s Lok Sabha—in 1990. She has headed the state government four times since 1991 and was briefly jailed in 1996, also for corruption. Known as “Amma” to her ardent supporters, Jayalalitha has spent lavishly on populist programs—most, like Amma Canteens, Amma Bottled Water, Amma Salt, Amma Pharmacies, Amma Cement, are named after her. The gimmickry has worked: her political base is passionate about her. At least 16 of her followers have committed suicide in protest against big-living Amma’s legal woes. Analysts expect Jayalalitha will make bail as her lawyers appeal the conviction. They are less certain about whether she can make chief minister for the fifth time.