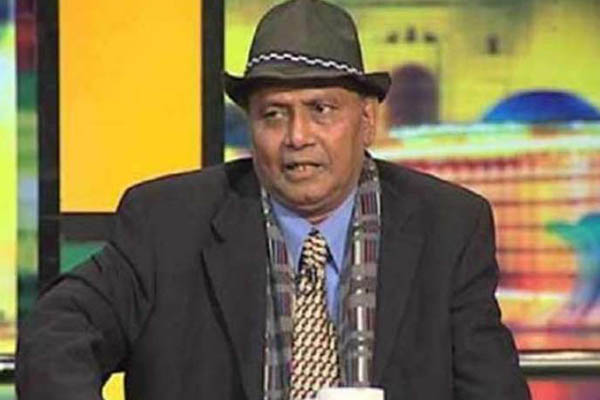 Television and stage star Amanullah on Friday passed away in a Lahore hospital. He was 70.

Amanullah was reportedly suffering from several illnesses, including kidney and liver failure. He had also suffered a cardiac arrest last year, and was admitted to the Intensive Care Unit in January due to pneumonia. Local media reported he was on a ventilator for five days before he passed away at Bahria Town Hospital.

A prominent personality in Pakistan’s entertainment industry, Amanullah was known to generations of audiences after having worked on television for decades. In recent years, he had appeared on popular satire shows Mazaaq Raat, Khabarnaak, and Khabarzar. He is also remembered for popular stage performances in Begum Dish Antenna, Disco Deewane, and Shartiya Mithe.

In 2018, Amanullah’s contributions to the entertainment industry were recognized by the Government of Pakistan, which awarded him the coveted Pride of Performance. He reportedly also set a world record by performing in plays for 860 consecutive days.

As news of Amanullah’s death spread, celebrities and fans took to social media to pay tribute to him and remember his influence on Pakistan’s entertainment scene.

Actor and director Sarmad Khoosat took to Twitter to express his sadness upon Amanullah’s death. “He wasn’t just an artist par excellence, he was an intellectual in the truest sense. A man with a witty, and a beautiful mind. We will miss you,” he said.

Pakistan’s Prime Minister Imran Khan also expressed sorrow at the passing of the comedian. In a tweet shared by the official account of the ruling Pakistan Tehreek-e-Insaf, Khan issued his condolences for Amanullah’s demise. “Late Amanullah was a valuable asset of stage, comedy and drama industry,” he was quoted as saying.

Amanullah was married thrice and leaves behind 14 children and a sister.

He is one of the best comedians in Pakistan. May Allah Almighty grant him higher rank in Jannah.