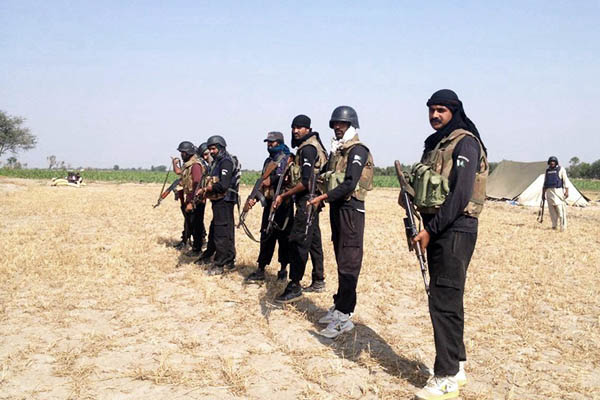 The Rajanpur operation against the Chotu Gang was mishandled at the administrative level.

After 18 days, the proudly named police operation Zarb-e-Ahan (Iron Blow) against a gang of Rajanpur dacoits in South Punjab has collapsed. Comically named Chotu (Tiny) Gang, the outlaws have killed six and taken hostage 24 policemen, including trained commandos of the province’s vaunted Elite force. The battle unfolded in the riverine bed of the Indus and went badly wrong in all sorts of ways.

The gang leader is now offering to hand over the 24 captured policemen in return for safe passage to Dubai for himself, his family and some loyal accomplices. The inspector-general of police met with the corps commander, Lahore, on Thursday, and the Army is expected to move in with two commando platoons and gunships to finish off the criminals.

The details of the failure of Iron Blow trickling into the media are alarming: video footage showed police authorities requesting the chief gangster to treat their captives as “guests,” only to be told that the operation should be called off or see the slaughter of hostages wearing “10-kilogram bulletproof jackets, protective helmets and safety shoes.” Chief Minister Punjab Shahbaz Sharif is quoted as having questioned the wisdom of taking on the Chotu Gang if the police were not prepared.

Other details were leaked anonymously by a disenchanted officer. For three days the cops went without food while facing the gang and had only 150 rounds per policeman for a battle that stretched to 18 days. And there were no boats provided for an operation meant to tackle the biggest river in the country. However, the area to be secured was only 20 kilometers in length.

According to 2015 figures, the Punjab has 178,000 policemen for Pakistan’s largest province of over 103 million. Admittedly it is one of the world’s largest police forces but it visibly lacks quality. Photographs appearing in the press show low-level officers suffering from obesity, fainting during drills meant to make them lose weight. Many are just stand-around markers of security for VIPs or working in the households of senior officers. In Turkey, 200,000 policemen serve 60 million people. In 2013, Turkey allocated $7.5 billion for its police; the Punjab Police got less than $1 billion.

But to be fair to the police force, the Rajanpur operation against Chotu Gang was mishandled at the administrative level. Proper backup was not to be seen. Men sent upfront were not provisioned against collapse of morale after hunger pangs. The claim that there are no no-go areas in the Punjab can’t be backed if a small gang of crooks can hold off 1,600 policemen for 18 days.