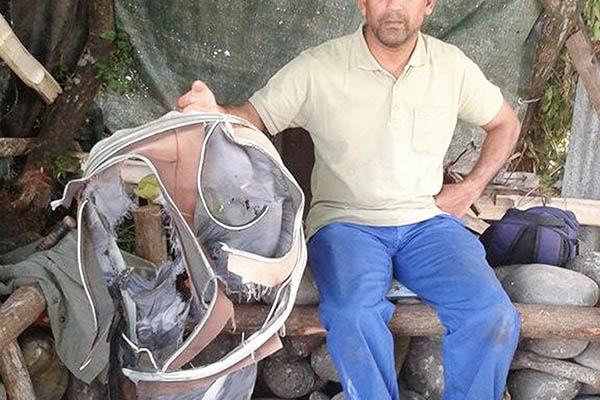 Investigators say they will hopefully know more within 24 hours.

Authorities hunting for Malaysia Airlines flight MH370 said Friday they were “increasingly confident” that wreckage found on an Indian Ocean island was from the ill-fated jet, raising hopes of solving one of aviation’s great mysteries.

The two-meter-long piece of wreckage is to be sent to France for analysis, with expectations building it will be the first tangible proof the plane went down in the Indian Ocean. Investigators are hoping they will then move closer to understanding the mystery swirling around the Malaysia Airlines Boeing 777, which vanished 16 months ago with 239 people aboard, most of them Chinese.

“We are increasingly confident that this debris is from MH370,” Martin Dolan, chief commissioner of the Australian Transport Safety Bureau, which is leading the MH370 search, told AFP. “The shape of the object looks very much like a very specific part associated only with 777 aircraft.”

Dolan cautioned that it remained to be confirmed, but said he was hoping for greater clarity “within the next 24 hours.”

Malaysian Prime Minister Najib Razak had said Thursday the object was “very likely” from a Boeing 777, but also said this had yet to be confirmed. Several experts have said the debris is a Boeing 777 flaperon, a wing part, and that if it is confirmed it almost certainly belonged to the Malaysia Airlines plane.

The debris washed up on the French island of La Reunion, some 4,000 kilometers from the oceanic region where MH370 was thought to have gone down in March last year. The recovered object is expected to be flown to a testing site in France near the city of Toulouse for analysis by aviation authorities and could reach there by Saturday, French sources told AFP.

Authorities involved in the search at sea, guided by the analysis of signals from the plane that were detected by a satellite, believe it went down in the southern Indian Ocean. But no confirmed physical evidence has ever been found and Malaysian authorities in January declared that all on board were presumed dead.

Australian Transport and Infrastructure Minister Warren Truss said he remained confident the hunt for MH370 was being conducted in the right area, with wreckage in La Reunion consistent with currents from the zone they were scouring. “It’s not positive proof, but the fact that this wreckage was sighted on the northern part of the Reunion Island is consistent with the current movements, it’s consistent with what we might expect to happen in these circumstance,” he said.

But Truss added that even if found to be from MH370, it would not narrow down the location of the main debris field or explain why the jet crashed. “After 16 months, the vagaries of the currents, reverse modeling is almost impossible,” he said.

Flight MH370 was traveling from Kuala Lumpur to Beijing when it mysteriously turned off course and vanished on March 8 last year. For relatives of those aboard, torn between wanting closure and believing their loved ones were still somehow alive, the discovery was yet another painful turn on an emotional rollercoaster.

“One-and-a-half years have passed and no one has taken responsibility, no one has been detained or arrested or punished. It’s unprecedented,” Jiang Hui, one of the leaders of the Chinese relatives group, whose mother was on the flight, told AFP in Beijing. “MH370 relatives have suffered more than any other victims in any other air crash for such a long time.”

Australian Jeanette Maguire, whose sister Cathy was on board, said the discovery of the wreckage was “a very bittersweet feeling for all of the family, it’s quite emotional.”

“We’re really hoping for answers that we get from this wreckage that it is MH370 so that we have some idea and another part of our puzzle as to where our family and everyone else on board has gone, and have ended up, unfortunately,” she added.

Further adding to the mystery, a torn fragment of luggage was discovered in the same place as the plane wreckage on Wednesday. Australian search chiefs, however, have played down any link between the suitcase and the doomed flight, saying it could just be rubbish.

On Friday a detergent bottle with Indonesian markings was also found on the shore and given to investigators.

While there have been several accidents in the region, such as a South African Airways Boeing 747 that crashed near the island of Mauritius in 1987, killing all 159 people on board, none has involved a Boeing 777. Experts said an identification number on the debris meant it could be rapidly identified as from a Boeing 777.

Angry next of kin have accused Malaysia’s government of incompetence, secrecy, and insensitivity toward relatives, and many have questioned the focus on the Indian Ocean, saying other possibilities were being ignored. Speculation on the cause of the plane’s disappearance has focused primarily on a possible mechanical or structural failure, a hijacking or terror plot, or rogue pilot action.