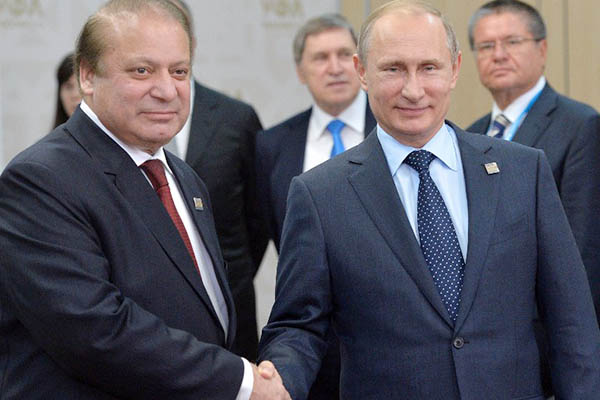 Moscow may prove as unpredictable an ally for Islamabad as Washington

The latest dispatch from Afghanistan, as narrated by a U.S. general, is that Russia is “providing monetary and weapons support to the Taliban, specifically weapons such as machine guns.” Once upon a time, America used to fund its current bête noir and Pakistan was showered with billions in U.S. funding to provide safe havens for these stealth warriors. The dollar magnet also drew warriors from Pakistan, who eventually evolved into the Tehreek-e-Taliban Pakistan, and served to inspire Taliban sympathizers within the state, including retired and serving Army officers who were left adrift after Islamabad was forced to ditch the Taliban following the events of September 11, 2001.

During the 90s, Pakistan’s safe haven for the militants served many purposes, including as yet another portal for the Kashmir “jihad” spearheaded by madrassa-based leaders with links to the Taliban and Al Qaeda. Training camps meant for non-state actors also bred thugs who targeted residents of Karachi for a mere Rs. 14,000/month. Following 9/11, the American dollars gave way to daisy-cutters, which many in Pakistan including former ISI chief General Hamid Gul, claimed were part of a Jewish conspiracy against the Muslim ummah.

Despite public declarations of joining America’s war on terror, Pakistan never really reconciled to Washington’s volte-face in Afghanistan and its defeated strategy of militant appeasement lingered. The American withdrawal from the region following the collapse of the Soviet Union fed into this narrative, as Russia sided with India and Central Asian rulers whose nationals had turned cross-border terrorists in Pakistani safe havens.

Today, the scenario has changed once again. A series of military operations have led to Islamabad expelling the bulk of the Afghan Taliban and even tackling members of the Pakistani franchise. But with Kabul increasingly cosy with New Delhi, the state is worried that India is now nurturing its own stealth warriors in the war-torn nation—much like it did not too long ago.

Russia is aware that India is now an important ally for America in Afghanistan, but Moscow still wants vengeance for the American-Pakistani actions that resulted in the dissolution of the Soviet Union.

The battle on the ground—with rival militant factions—has also become more confusing, with the Pakistani state left behind due to its continued insistence on reading it through an ideological anti-Indian gloss. In this scenario, Islamabad’s recent overtures to Moscow will prove just as meaningless as its earlier partnership with America did.

Remarkable analysis,the Khakis will never understand the changing scenerios and will remain tied to a past which has long since died n burried.
They also hate a wake up call.Pakistan needs a change of narrative as it is paying a very heavy price to the terror unleashed by its Khaki proxies.