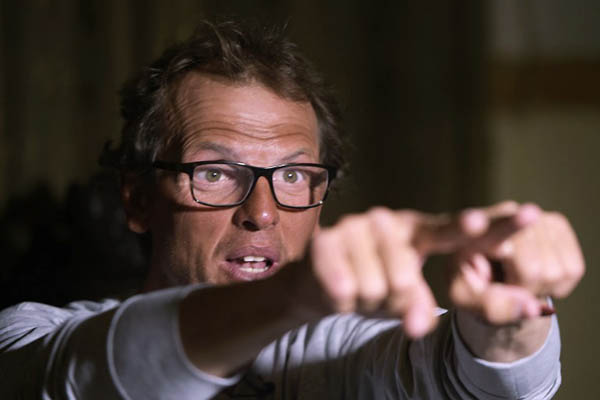 Simone Moro stood atop Pakistan’s “Killer Mountain” last week and observed the curve of the Earth—a view which had never been seen by anyone in winter until the climber and his team conquered Nanga Parbat.

The expedition had taken three months and came more than six decades after the mountain was first summited, but 10 minutes was all Moro could allow himself to enjoy his achievement. “Now you have to come back… But you are so completely exhausted,” the Italian mountaineer explained in an exclusive interview with AFP, saying he was afraid of losing concentration on the long, dangerous descent.

From the peak, 8,125 meters above sea level, the mountains of northern Pakistan and India stretched out before him—including three more of the 14 eight-thousanders. These are the only mountains on the planet with “death zones”—above 8,000 meters, where it is believed that the amount of oxygen in the atmosphere is too low to sustain human life.

The pyramid of K2, the world’s second-highest mountain and now the only eight-thousander not scaled in winter, was in the distance. “I saw the horizon—the line of the horizon—I saw that the line was curved,” Moro said. “When you see these things… you understand how small and at the same time how big you could be.”

Nanga Parbat, with one of the highest death rates in the world, earned its grisly nickname after more than 30 climbers died trying to conquer it before the first successful summit in 1953. Climbing it in winter’s treacherous conditions would remain a feat unattained until Moro and his team—Alex Txikon of Spain and Pakistani climber Ali Sadpara—made their historic summit on Feb. 26.

One member of their team, Tamara Lunger from Italy, was forced to abandon her attempt just 170 meters from the peak. She could see Sadpara waving at her from the summit, she said, but she knew she had pushed her body to its limit. “My muscles felt very bad… I was vomiting the whole day and everything I ate or drank came out again.”

Hesitating, she asked herself if she was sad—but the choice was clear. “I said okay, if you go to the top now you will not go home… and I turned around and went down.”

Nanga Parbat’s fearsome Rupal face, rising more than 4,000 meters from base to top, presents one of the most difficult, and tantalizing, challenges in climbing.

Moro said the team, which climbed without oxygen, had little time to acclimatize themselves, spending just one night at 6,200 meters before making the push toward the summit. “When you want to go the altitude of jumbo flight without oxygen you need to acclimatized,” he said, admitting that a “big question mark” hung over their expedition as they began the final climb.

Gusts buffeted them at 45 kilometers an hour, and with the wind chill temperatures plummeted to 50 degrees below zero, he said, admitting that due to frostbite he still cannot feel his toes. “We were shaking all day,” he said. It took more than eight hours to cover the final two kilometers, then another four and a half to come down to the camp.

Moro had already tried—and failed—to scale Nanga Parbat, which means “Naked Mountain” in Urdu, three times before, estimating that he has spent around a year of his life at base camp. This year, he says, everything aligned: a window of good weather opened, they had the right team and were in good shape—and, he says, they were lucky.

Three of the world’s most spectacular mountain ranges converge in northern Pakistan’s Gilgit-Baltistan region: the Karakoram, the Hindu Kush and the Himalayas, anchored at their western end by Nanga Parbat. The tourism industry there hit a record low when militants stormed Nanga Parbat base camp in 2013. Ten foreign tourists and their local guide were shot dead in the attack claimed by the Pakistani Taliban.

Moro, who made his second attempt at the mountain the following year, dismissed any security fears, saying the threat of militancy in Pakistan is not worse than in the United States, Britain or Italy. “This is a utopia… There are thousands and thousands of unclimbed peaks, untouched mountains,” he said, adding that he hopes a cultural shift will come.

Meanwhile, he said, he dreams of continuing his climbing adventures. “The time of exploration is not finished… What I did is vertical exploration, it could be stupid I know because it is not useful.”

But the spirit could inspire people in other fields also, he said, such as a young medical student exploring new ways to cure cancer. “This kind of exploration will change the history of the world.”