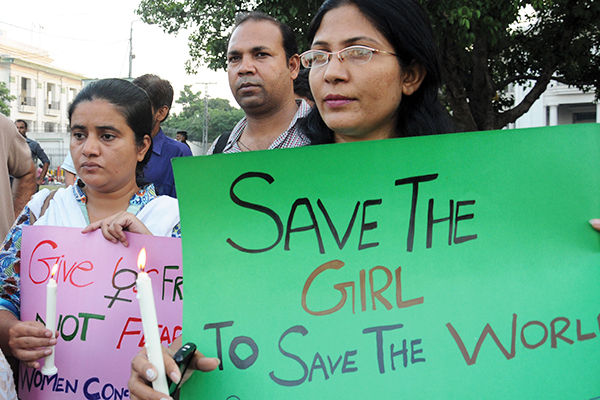 Three young women walking home in Faisalabad on the night of Sept. 11 were kidnapped at gunpoint. Two of them were locked in a room; the third was gang-raped by eight men, who were allegedly drunk and taped the crime. This is according to the police complaint that the victim filed. A police official said the victim, whose gang-rape charge was supported by a medical examiner, had identified three of the men as the sons of Mian Farooq, a member of the National Assembly from the ruling PMLN party. By then, people identifying themselves as PMLN supporters on social media had succeeded in portraying the victim as a prostitute. Another PMLN lawmaker came on TV and said the woman had been “compensated” and that if the group coitus happened, it was consensual. On Sept. 13, the victim formally withdrew her complaint. She said she had not been raped and had merely had a “disagreement” with the influential men. Even though the police case has been closed, there are few takers for this version of what happened that night in Faisalabad. This, sadly, is reflected in an SMS doing the rounds: “The PMLN has set up a rape helpline. Too bad it’s not for the victims.”