Construction Activity Should Not Endanger the Environment: Imran Khan 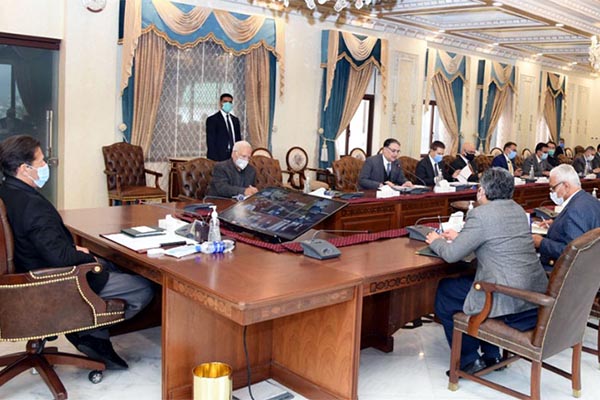 Khyber-Pakhtunkhwa’s chief secretary briefed the meeting about the ongoing process to formulate master plans for 11 major cities of the province. He said the process had also been initiated for eight locations in the tribal districts.

The meeting’s participants were informed that Rs. 242 billion had been allocated for urban development projects in the current fiscal year.

Separately, the prime minister also chaired a meeting of the Apex Committee on Economic Outreach and stressed the need to formulate a long term plan for import substitutions and export increases to make Pakistan self-reliant. He said international best practices needed to be adopted for priority sectors, adding that consultations with international experts were essential to achieve success.

He said inter-ministerial coordination and public-private partnerships should be increased to increase exports.

The meeting was briefed by Special Assistant to the P.M. on National Security Moeed Yusuf, who said an extensive mapping exercise had been conducted after consultation with relevant government ministries, provinces and the private sector to determine the export potential of goods and services. He claimed information technology, textiles, agriculture, meat, leather, pottery and ceramics, machinery and auto parts, metals and surgical instruments had the potential for additional exports of $31 billion.

The special assistant also claimed that a multiplier effect of an additional $2 billion could be achieved from medical and religious tourism, transport services, manpower, pharmaceuticals, marble and granite and salt products. He claimed there was potential of additional exports worth $16.7 billion to the U.A.E., the U.S., China, Germany, the U.K., France, Indonesia, Spain, Algeria and Malaysia.

He also presented an overview for human resource allocation, key performance indicators for foreign missions of Pakistan, human resource training and strengthening of ministerial structures. The meeting’s participants decided that the Ministry of Commerce would furnish an action plan with timelines in a week, and would update the prime minister on a weekly basis on progress of priority sectors.