Construction Taxes to be Waived on Naya Pakistan Housing Projects 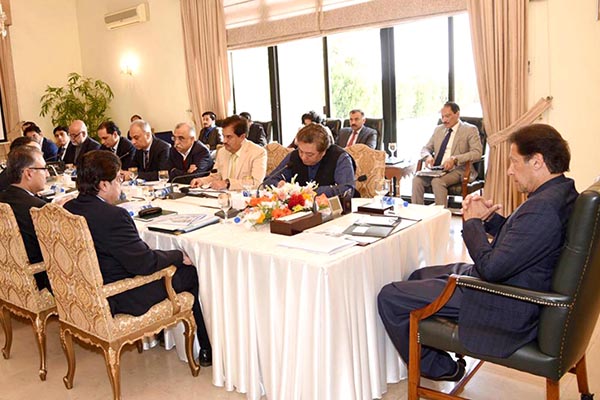 Naya Pakistan Housing Authority Chairman Lt. Gen. (retd.) Anwar Ali Haider told a meeting chaired by the prime minister that the various provincial governments have been requested to identify land where housing projects can be established for low-income citizens. The prime minister approved this goal and directed the provincial secretaries to identify within a week any unused public land that could be used for the Naya Pakistan Housing Scheme.

Terming the housing sector a priority for his government, Khan said promoting the industry would boost 40 interlinked sectors and would also create job opportunities for youth and skilled labor. He directed the provincial governments to formulate a plan to reduce taxes on construction to promote the housing and construction sectors. He also directed authorities to expedite the pace of reviewing the master plans of all major cities of the country to chart out a comprehensive strategy on accommodating population levels alongside civic facilities.

During the meeting, the officials were informed that steps were underway to reduce Capital Value Tax and issue e-stamp papers to facilitate the housing and construction sector. Officials also said that an online portal would be launched to link up various government departments relevant to the housing sector. These steps would make it easier for businessmen and traders involved, as they would not have to visit different offices to receive No-Objection Certificates. P.M. Khan approved the measures and expressed satisfaction at the pace of progress.

Federal Board of Revenue Chairman Shabbar Zaidi, provincial chief secretaries, and relevant senior officials were all present at the meeting.