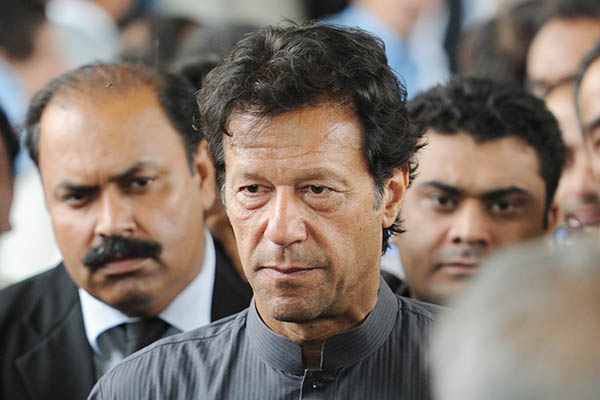 Khan, the head of Pakistan’s third largest party, criticized the judiciary and election commission for inaction over alleged rigging at elections in May, when he won a political breakthrough.

But Khan, summoned for a second time before the Supreme Court, said he never criticized the senior judiciary and that undermining the supremacy of the judiciary was akin to undermining democracy.

“Why it is being misconstrued? … I only referred to the returning officers and never named the Supreme Court or the superior judiciary,” Khan told the court. “My entire struggle has been focused on an independent justice system,” he said.

The court dropped the case.

“The notice is discharged,” said Anwar Zaheer Jamali, head of the three-judge panel that heard the proceedings.

Pakistan’s previous government accused the judiciary of politically motivated meddling when it sacked prime minister Yousaf Raza Gilani after finding him guilty of contempt. Gilani was convicted for refusing to write to Swiss authorities asking them to reopen corruption cases against President Asif Ali Zardari on the grounds that he had immunity as head of state.

The withdrawal of contempt notice by the Supreme Court against the PTI Chief Imran Khan is a great news as PTI is busy for the welfare of the people day and night just as the SC is doing.

Only because CJ IC was not there.