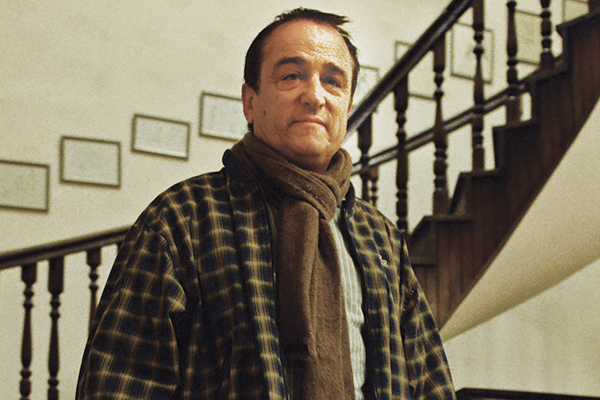 What led you to start La Maison from your house?

After the social-media campaign against you and your setup by Pakistanis who were turned away and who called the restaurant’s policy not to allow in Muslims as “apartheid,” you’re reopening as a private club. Why the bar on Muslims?

How could I open the place [to Muslims] when I’m not serving halal food? If there is cognac in the food or I cook something in white wine, I can’t serve Muslims that. The press allegations are nonsense; there’s no board outside my house saying ‘Pakistanis Not Allowed.’ There’s no board at all. The police came to my place a couple of times and they wanted drinks. I told them you are most welcome to have a cup of tea, but I can’t serve you drinks since the sale of alcohol to Muslims is illegal. If I didn’t ‘discriminate,’ I would be in jail. So it’s all become this huge controversy because I wanted to do things on the right path. The social-media campaign is also ridiculous—apartheid wasn’t about fine dining. I’m so saddened by the reaction because I was only trying to be sensitive.

La Maison made international news. Are you concerned about your safety?

I will ask for security at the entrance because I am now worried about the safety of my customers. I didn’t even have a watchman at my gate all this time, but now my customers are already nervously asking me if it’s safe to come back.

Tell us about your setup.

We change the menu every week. Right now, it’s the season of foie gras, which we’ve ordered from France. I recently brought some yak from the northern areas. It is the king of beef and we cook it in the French style. We work with a team of three sous chefs from Hunza, three waiters, and two housekeepers—and I’m the chef. We never serve more than three drinks to a person and 11:30 p.m. is last call. I don’t want rowdy people because should they do something, I’m the one who gets in trouble.

Some of your staff was arrested and you’re also facing charges in court. How do you see this panning out?

One cook and waiter are in police custody. The day I was going to get my bail from the courts, the police came back and sealed my house for something to do with disrupting public order. The deputy commissioner of Islamabad unsealed the place within two hours since there was no legal basis for the police action. It was just to intimidate me. I have also received good help from the French Embassy.

Have you reached out to Prime Minister Nawaz Sharif?

I will contact him. It is funny because I was invited to his place about three years ago and he was telling me that if he is elected he wants to attract foreign investors like me. And now look at what they’re doing to foreigners.

Has this experience soured you on Pakistan?

It’s complicated. I stay in Pakistan because of the people. You show them respect and they return it hundredfold. I have so many wonderful stories about Pakistan. I travel to the north at least six times a year for the scenery and my ingredients. All the people who know me can testify that I’m one of the best ambassadors of this country.

A Taste of Pakistan in Hong Kong

“I stay in Pakistan because of the people. You show them respect and they return it hundredfold.”

I guess in France prejudice is a form of “respect”…

Wow I am actually amazed at the sensibility of this man’s whole approach..and how differently it manifested on the social media. To all those Pakistani’s who think La Maison’s set up is discriminatory towards you, understand this man’s passion for food if nothing else!
On a brighter note I am definitely going to try La Maison’s cuisine considering how delicately it’s cooked and also considering that this man will definitely make sure his kitchen is always kept clean!

Clarifies a thing or two.

The people show respect to foreigners and that’s about it. Everyone else is fair game. Don’t mistake a desire to not be Pakistani with a desire to be respectful.

I think this man should explain the menu to his customers and leave it to their judgement to partake the meal or not. He should not take it upon himself that his customers must go to paradise by desisting from eating food cooked in haram wines. That’s what Talibans are telling us.

Explain the menu!?! What’s there to explain? There should be no need to “explain” anything which has alcohol in it and if its being taken as a delicacy! Would you like your children to come to a place like this and enjoy his French Cuisine? This gentleman is just practicing the “Rights of Admission reserved” in his private restaurant. He doesn’t want to be responsible for serving non-halal food to Muslims. He should be given credit for that!

His arguments are very clear that there is no sign “Pakistanis Not Allowed” outside his restaurant. Moreover he has very clearly mentioned that he serves food cooked in wines and cognac, and that too, for a particular class (not for Muslims). Then why we propogate against him? Is it necessary for a Muslim to eat such “haram” food, 100% prohibited for him/her according to his/her faith? In fact, we feel “mentally satisfied” to enter in debates over “non-issues”. I do not understand how do we find discrimination towards Muslims in his interview?

Anyone that thinks he’s anti-Pakistani is an idiot. You’re lucky we have foreigners like him left in our country!