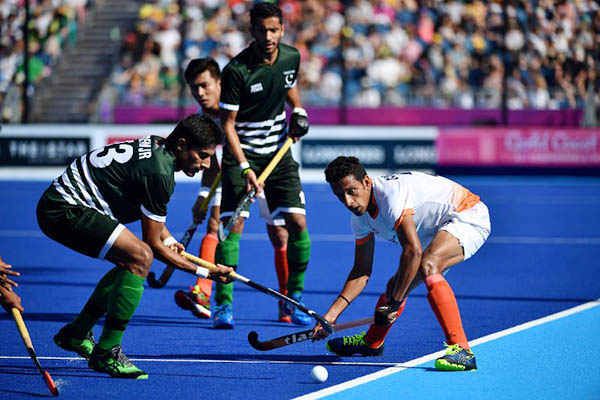 India were urged to control their emotions after a bad-tempered Commonwealth Games hockey clash with Pakistan ended in a thrilling draw on Saturday—with the video referee proving crucial.

India were 2-1 up with just seconds left when Pakistan twice went to the video referrals to earn penalty corners, the second of which was buried by 20-year-old Ali Mubashar.

Two green cards and four yellow cards were brandished in what proved a typically spiky match between the rivals. “We were not happy with the performance. We wanted to win this game. We are disappointed with the result,” said defender Rupinder Pal Singh, slamming India’s lack of discipline. “That’s disloyalty to the team, and that’s where we need to control our emotions. Sometimes we are so aggressive in our tackles.”

India’s Dilpreet Singh scored the opener before penalty corner specialist Harmanpreet Singh put them 2-0 up with a trademark drag flick. But Muhammad Irfan gave Pakistan a lifeline early in the second half when he tapped in after a counter-attack.

“To come back from 2-0 is a team effort,” said Pakistan midfielder Muhammed Rizwan. “It’s a learning process, as there are lots of new guys, and we’ve only been with our coach for two-and-a-half weeks.”