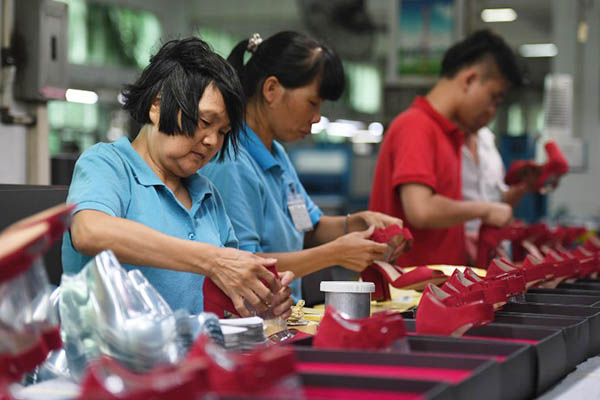 The world’s workshop also saw 282,000 workplace accidents in 2015, according to a report posted on Wednesday on the official website of the National People’s Congress (NPC) of China. Deaths have dropped 50 percent since 2002, with total accidents down from one million in the same year, it said, but insufficient safety precautions in the workplace remain a major problem.

In 2015, the country saw 38 accidents involving over 10 deaths or causing more than 50 million yuan ($7.2 million) of damage, the report said. “There was a rising tendency to put an emphasis on development while overlooking safety,” the report quoted Zhang Ping, vice chairman of the NPC Standing Committee as saying.

Zhang singled out coalmines and steel factories as places where poor safety supervision had resulted in accidents. Insufficient law enforcement and outdated or even conflicting regulations and standards also caused problems in workplaces, he added.

The number of deaths was slightly down from the 68,061 recorded by the National Bureau of Statistics in 2014, while the number of accidents dipped from the 290,000 reported by the official Xinhua news service for the same year.

China has seen a number of serious industrial accidents in 2016. In early December, two separate coalmine blasts in Inner Mongolia and northeast Heilongjiang province killed 59. A further 33 miners were killed in a colliery explosion on Oct. 31 in the southwestern municipality of Chongqing, and in September at least 18 were killed in a mine blast in the northwestern Ningxia region.