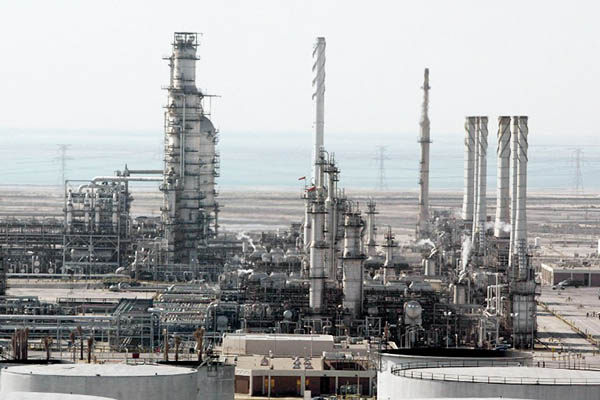 A global shift to clean energy would most impact the oil exporting nation.

Saudi Arabia, the world’s biggest crude oil exporter, has a lot to lose if the global economy shifts to clean energy. So at the 195-nation U.N. talks in Paris aimed at forging a climate-saving accord that will slash greenhouse gas emissions, it is perhaps not surprising that Riyadh stands accused of playing the role of a spoiler.

“For a long time, Saudi Arabia was not on the front line in these negotiations,” said Pascal Canfin, an analyst at the Washington-headquartered World Resources Institute. “But here, they are blocking on pretty much every topic,” Canfin told AFP.

Oil income accounts for more than 90 percent of public revenues in Saudi Arabia, the largest Arab economy. With 267 billion barrels in proven crude reserves, it is the world’s largest oil exporter and second-largest producer.

“They have everything to lose and not a lot to win,” said ActionAid climate campaigner Harjeet Singh.

Taking effect in 2020, the Paris accord would seek to limit emissions of heat-trapping greenhouse gases driven by the burning of coal, oil and gas. Scientists estimate that most fossil fuels would have to be left in the ground if the world is to meet its goal of capping planetary warming at or below 2.0 degrees Celsius over pre-Industrial Revolution levels. That would require a revolution in the global energy industry—a switch that may be possible thanks to the growing use of renewable energies that are falling in price, or nuclear power.

Riyadh does not see it exactly the same way. On stage at the Paris climate conference, Saudi Oil Minister Ali al-Naimi said he favored a shift from oil to natural gas, of which the kingdom also has vast stocks, and the use of technology to capture and store fossil fuel emissions.

And while Saudi Arabia said it was committed to boosting the use of sun and wind energy, the oil chief called for “emission reduction policies that do not discriminate against any of the energy sources.”

“That means ‘you must not target fossil fuels,’ which is an unthinkable thing to say on stage just when the international community is trying to find ways to move away from them,” said Celia Gautier of the Climate Action Network, a coalition of NGOs. “They know there will be an end to oil. They are starting to diversify their economy. But they want to slow down the process—that means preventing the Paris accord from accelerating,” she said.

Venezuela, which relies on oil for half of its economic output, “is in the same situation,” Gautier said. “They refuse to use the word decarbonization [eliminating carbon gas emissions from the world economy]” in the Paris agreement, she added. “Oil groups are doing everything they can to have the least ambitious accord possible,” the activist said.

On the question of financial assistance for developing countries to cope with the cost of climate change, Riyadh defends the status quo, which places the onus on rich nations, said Canfin. “If you look at income per person they would be in a position to help countries of the South, but they reject that option and even ask to benefit from financing and technology to diversify” the oil-based economy, said Canfin, a former French development minister.

Despite Saudi Arabia’s perceived reticence, is there a real risk it would seek to obstruct a deal at the last minute? At the annual U.N. climate talks, no single country has a veto but the broadest possible consensus is sought.

Safa Al Jayoussi, spokesman for the Arab environmental activists IndyAct, said Saudi Arabia frequently speaks in the name of the Arab countries. But he said Riyadh does not reflect the views of all members of the Arab group, such as Morocco and Jordan, which are deeply engaged in developing renewable energies.

In the case of a last-minute Saudi attempt to obstruct progress, “it could be resolved in a telephone call between Paris and Riyadh,” Canfin said. In a recent gesture of good faith, the oil giant submitted a pledge last month to “avoid” 130 million tons of greenhouse gas emissions by 2030.

Global emissions were just under 53 billion tons last year. While the kingdom’s pledge was judged vague and unambitious, observers were pleasantly surprised that it submitted one at all.