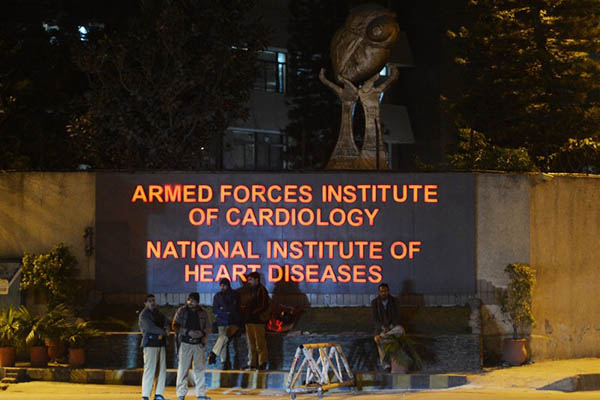 Special tribunal claims it has no jurisdiction over exit control list.

A court trying former president Pervez Musharraf for treason on Friday refused to allow him to go abroad for medical treatment, saying it had no authority to lift his travel ban.

The 70-year-old is facing treason charges, which can carry the death penalty, over his imposition of a state of emergency in 2007 while he was president. He has been in a military hospital since falling ill with heart trouble while traveling to the special treason tribunal on Jan. 2, and his lawyers have argued he needs specialist treatment abroad. The former general’s name is on the official “exit control list,” meaning he cannot leave Pakistan.

There had been speculation that he would be allowed to go on medical grounds as part of a deal to head off a clash between the government and the military, which is seen as reluctant to have its former chief tried by civilians.

After hearing medical reports from the Armed Forces Institute of Cardiology in Rawalpindi, where Musharraf is being treated, the court said it was not in its power to let him leave. “It is not in the jurisdiction of this court to allow him to go abroad for treatment, because his name is on the exit control list,” the order read by a court official said.

Musharraf was originally summoned to come before the court on Dec. 24 but has yet to put in an appearance, due to security scares and ill health. On Friday the court directed him to appear at the next hearing, on Feb. 7, and ordered him to pay bail of Rs. 2.5 million or face arrest.

Prime Minister Nawaz Sharif was the man Musharraf ousted from power in his 1999 coup, and his lawyers have said the treason case is an attempt to settle old scores through the courts.

Musharraf’s spokesman Raza Bokhari condemned Friday’s decision. “In ignoring the expert medical report of a distinguished military hospital, the special treason court has not only shown inhumanity and insensitivity towards General Musharraf, but also has demonstrated unprecedented disregard of the medical profession, principles of basic fundamental rights and preservation of life,” he said in a statement.