Cracking the Code to Pynchon 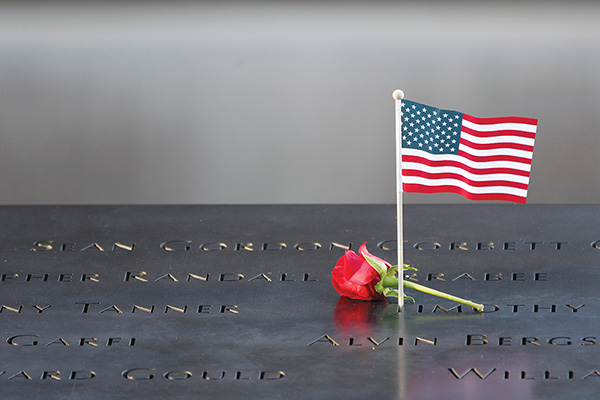 His new post-9/11 novel is messy, funny, sad, and consoling all at once.

[dropcap]I[/dropcap]’ve been reading Thomas Pynchon all my adult life, starting with V. and Gravity’s Rainbow in college—not for credit, but just because I wanted to. It was the heyday (we’re talking the ’70s here) of what hindsight would have to call Difficult Fiction: Robert Coover, John Barth, and Donald Barthelme were surrealists, fabulists, and word wizards who enchanted you with labyrinthine fictions, though they never made it easy. Still, that was the style, so before it was displaced by Dirty Realism (Raymond Carver & Co.), Difficult Fiction was what you read to keep up with what was hot. And nobody was hotter than Pynchon, and no group more obsessive than his fans.

I knew a guy who read Gravity’s Rainbow, Pynchon’s dense, convoluted World War II novel, over and over for about 10 years. As soon as he finished it, he’d start again, as though the novel were some literary Rosetta stone that would eventually yield its secrets. I don’t know if he ever figured it out. I never did. The crazy thing is, though, that while Gravity’s Rainbow frustrated me to no end, it didn’t put me off Pynchon. I always looked forward to the next one, like waiting by the mailbox for a letter from some exotic, mysterious uncle.

After looping back to pick up The Crying of Lot 49, the slim novel Pynchon wedged between the monumental V. and Gravity’s Rainbow, I measured out the decades in his books: Vineland in my 30s, Mason & Dixon in my 40s, and on through Against the Day, Inherent Vice, and now Bleeding Edge. And while I’ve blown hot and cold on a lot of contemporary writers through the years, I’ve stuck with Pynchon from first until late.

With each book, it was like encountering an old friend—the themes of paranoia and wheels within wheels all still there. But the narrative voice keeps changing, growing more colloquial, rolling and tumbling with the syncopated rhythm of everyday speech. It has also become more playful, and more modest. The older Pynchon gets, the less he tries to recreate the whole world from scratch in every novel and the more fun he seems to have; in Bleeding Edge, he digresses for most of a page on a fantasy of Don Giovanni starring the Marx Brothers. And lately he has started window-shopping on Genre Street: Inherent Vice, for example, is Pynchon in a trench coat—a very good, wryly funny detective novel with a world-weary humor that reminded me of the late crime novelist Donald E. Westlake (so maybe not a surprise that Bleeding Edge takes a quote from Westlake for its epigraph).

Vagrant passages like the Don G. riff—and not his Major American Novelist cred—were what kept bringing me back. That and his sneaky, stoner humor, his bent for conspiracies that resonated more soundly with each news cycle, and his willingness to go off on verbal flights that didn’t necessarily end up anywhere specific but always left you glad you’d taken the trip. That and the names—no author this side of Faulkner names characters better than Pynchon, who has given us Benny Profane, Oedipa Maas, Herbert Stencil, the Rev. Cherrycoke, and lately Gabriel Ice (Nabokov is said to have laughed until he cried at the name of recurring Pynchon character Bloody Chiclitz).

No small part of Pynchon’s allure, certainly at the outset, lay in his reclusiveness. His no-known-address nomadism outdid even Salinger—at least we knew where Salinger was. But with time, the culture shifted, celebrated writers ceased to be celebrities, and Pynchon-sighting lost its fan base. Now he’s just a guy who likes his privacy, doesn’t do interviews, and cannily refuses to let anyone take his picture—if no one knows what you look like in this image-crazy age, you can live however you like.

Once the smoke cleared, I began to see him—and his work—more clearly: no Average Joe by any stretch, but that guy you can always count on for loopy jokes, fun-house plots, and an uncanny instinct for those cultural intersections of hype, zeitgeist, comic strips, uncertainty principles, the Internet, conspiracy theories, videogames, and old doo-wop songs, the sievings of a world like ours but deep focused and slightly Oz-like—and all the pieces tumbling over each other like the stateroom scene from A Night at the Opera. This isn’t Difficult Fiction, this is serious fun. Maybe I’ve loosened up, or maybe Pynchon has, but I found Bleeding Edge the most relaxed and personal—a word I’ve never before associated with this writer—of the lot.

Set in 2001 and 2002—the story spans exactly a year, from one spring equinox to the next—Bleeding Edge concerns itself with the Internet world in the wake of the dotcom bubble and subsequent events surrounding 9/11. All of this is filtered through the consciousness of the admirably dogged Maxine Tarnow, single mother of two boys and the proprietor of a fraud-investigation firm called Tail ’Em and Nail ’Em. It’s also a mash note to the author’s own Upper West Side neighborhood, or as lovey as Pynchon is ever likely to get. For while stoops, bodegas, Chinese takeout menus, and sidewalk flora are rendered in loving detail, a sinister vibe is always just beneath the sunny surface. The more I read, the more I heard, “C’mon, Jake, it’s Chinatown.”

When he’s not channeling Monty Python or Henny Youngman, he’s just droll (‘Somebody, somewhere in the world, enjoying that mysterious exemption from time which produces most Internet content …’)

Maybe the plot makes sense: Maxine gets sucked into investigating the shadowy tech mogul Gabriel Ice, who’s plundering a computer-security firm called hashslingerz. Nobody knows why, and then people start getting killed. And maybe you can keep the cast of thousands straight. I couldn’t. But none of that matters much when set against the way this novel nails the feeling post-9/11 that someone or something had hijacked my experience of that awful day and turned it into something that in no way squared with the jumbled reality I was trying to sort out.

Here’s Pynchon on Sept. 12: “Everybody is still walking around stunned, having spent the previous day sitting or standing in front of television screens, at home, in bars, at work, staring like zombies, unable in any case to process what they were seeing. A viewing population brought back to its default state, dumbstruck, undefended, scared shitless.” I remember hating that feeling, and burying it away as soon as I could, but I’m grateful to Pynchon for dragging it back, for rekindling the hard memories of that time—all those “Where does this elevator stop?” feelings.

Then there’s this, a little later: “If you read nothing but the Newspaper of Record, you might believe that New York City, like the rest of the nation, united in sorrow and shock, has risen to the challenge of global jihadism, joining a righteous crusade Bush’s people are now calling the War on Terror. If you go to other sources—the Internet, for example—you might get a different picture. Out in the vast undefined anarchism of cyberspace, among the billions of self-resonant fantasies, dark possibilities are beginning to emerge.” In the wake of news about government eavesdropping and privacy shredding, a passage like that—and there are a lot in this novel—gives you the shivers.

He also retrieves those rogue moments of comedy amid the ashes, where you laughed when you shouldn’t, not even knowing why something was funny. I thought of that when for no good reason a character shouts “Mayonnaise!” the way Jimi Hendrix shouts “Purple Haze.” The very nuttiness of the moment sent me right back to that queasy time when any joke armored you just a little bit. When he’s not channeling Monty Python or Henny Youngman, he’s just droll (“Somebody, somewhere in the world, enjoying that mysterious exemption from time which produces most Internet content …”), and now and then you get a sentence of mantra caliber: “You want it to be uncomplicated, but it’s not.”

Bleeding Edge takes the messy, funny, and sad all-at-once world we live in and reflects it back to us in a way that I can only call consoling—somebody else out there gets it. No matter how crazy things became in this book, I felt safe as long as I was inside its pages. So of course as soon as I finished it, I started over again.