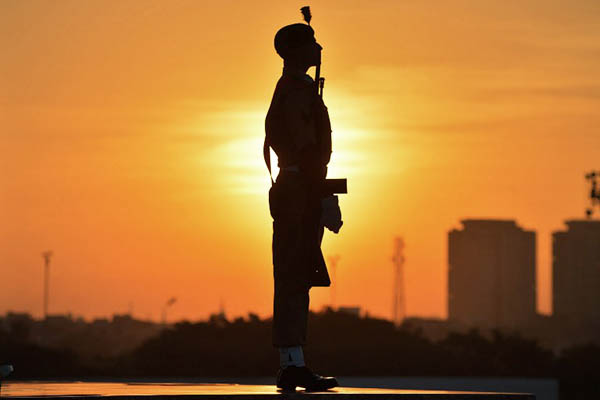 Analysts say military operation in Punjab is further evidence of Army exerting its control over vast areas of Pakistan.

The Taliban’s Easter bombing of a crowded park in Lahore could prove the trigger for what many see as a long overdue counter-terror offensive in the bastion of Pakistan’s establishment. But analysts warn a sweeping military operation in a region traditionally dominated by the current ruling party could be another step in a “creeping coup” by the increasingly assertive Army.

At least 74 people perished and hundreds were injured when a bomb packed with ball bearings exploded near a playground on Sunday, the bloodiest episode in the country since 2014. The attack, which the Taliban said was aimed at Christians, left the shattered bodies of dozens of children strewn around the park.

It illuminated festering extremism in Punjab, the home province of three-time Prime Minister Nawaz Sharif. And, say observers, it has also given the Army a way into his citadel. “Sharif has been resisting the Army’s attempt to carry out a counter-terror operation in the province now, and the Army has called his bluff and is doing it,” says Ahmed Rashid, a leading security expert.

The generals have already carried out raids in three cities in Punjab, including capital Lahore, and arrested more than 200 people—although they have stopped short of publicly calling their actions a full blown offensive.

Increasing the Army’s presence in Punjab could quell militancy as it has done in Karachi, Pakistan’s heaving metropolis of 20 million people on the Arabian Sea where paramilitary Rangers launched an operation in 2013. But in the zero-sum game of Pakistani governance, that would represent a loss for the civilian government, which increasingly finds itself playing second fiddle to the military.

“What you are witnessing is a creeping coup,” said Rashid. “The Army already has complete control of foreign policy and counter-terror in two provinces [Khyber-Pakthunkhwa and Sindh], and now is looking at a third.”

An Islamist insurgency began rattling Pakistan shortly after the U.S.-led invasion of Afghanistan toppled the Taliban in 2001. The presence of thousands of American troops sent battle-hardened militants scuttling across Pakistan’s porous border, where they became entrenched in tribal areas. Since then, much of the official response to the violent Islamism has been concentrated in the Pashtun-dominated northwest.

But observers say the emphasis on these lawless border areas belies the problems in other parts of the country. Lahore is by no means shielded from militancy. It has seen its share of attacks, including one on Christians just one year ago that killed 17. “The Punjab government has failed to root out our sectarian militants in the province’s south,” said Aamir Mughal, a former intelligence officer turned analyst. “The provincial government is more concerned with its foreign image and has been stalling a military operation there to weed out these groups.”

Such an operation could damage long-standing alliances Sharif’s party enjoys with Punjabi Islamist groups—including the Sunni Tehreek movement, which is leading protests in Islamabad calling for Sharia law. Lahore looks on itself as the cultural capital of Pakistan, home to many of the country’s liberals, and somewhat above the fray. It was the powerbase for Zulfikar Ali Bhutto, Pakistan’s first socialist prime minister, and current premier Sharif, who cut his teeth as provincial finance minister in 1983.

“One family from Lahore has been ruling in Punjab and frequently at the center since those years. More than three decades,” said Badar Alam, editor of Herald magazine. “That is one massive reason why Punjab’s power has continued to grow.”

That is also what made it such an attractive target for Jamaat-ul-Ahrar, the Taliban faction that carried out Sunday’s bombing. “Nawaz Sharif should know that war has reached his doorstep,” militant Ehsanullah Ehsan wrote on his Twitter account Tuesday. “God willing, the mujahideen will be the winners in this war.”

In Pakistan when the state fails to do it’s job the army is forced to step in. The alternative is becoming Iraq or Syria. We Pakistani’s are greatful our army steps in and protects us from the choas and mayhem the likes of ISIS will bring; we also wish our government would not let the situation get this far in the first place.