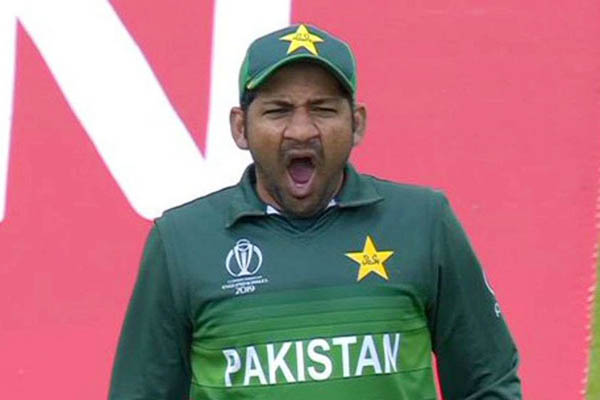 Asad Rezzvi has built a career on utilizing unique strategies to enhance bottom-lines and inspire and elevate athletes and employees. The Karachi native has helmed several high-profile companies and is currently the CEO and founder of Veritas Ventures, an international management consulting firm that works exclusively with high-growth companies and startups. He has previously worked with professional athletes in the U.S., helping them condition their peak abilities and conducts intensive training for athletes utilizing the latest research and methodology. He also trained for over 10 years with Anthony Robbins, who has helped professional athletes such as Serena and Venus Williams, Andre Agassi and many others to achieve breakthrough athletic performance.

Following Pakistan’s devastating loss against India at the cricket World Cup, he offered some insights into what Pakistan’s squad is doing wrong and how the team can improve its future prospects. Excerpts:

Do you believe the Pakistan cricket team was ready for the World Cup?

Ultimately the degree to which skill/talent is engaged is 100% dependent on the psychological strength of the person.

The comprehensive answer is summed up in the viral clip of Sarfraz Ahmed yawning on the field during last Sunday’s match against India. It was a display of the quality of emotional commitment to the game, physical readiness and, most of all, mental focus toward winning. The team was not ready for a world-class game. It’s partly their fault and partly the organization charged with managing and preparing them. The Pakistan Cricket Board seems to lack the commitment to support the team in playing an elite, international-level game. At this rate, cricket [in Pakistan] will go the way of squash and hockey.

When I worked with the team in 2016—after which they had a spectacular winning spree in the U.K. ICC Champions Trophy—it was patently clear why they have a spotty record of wins at best. They’re not treated like prized athletes, but rather mid-level government employees.

World-class athletes need to live day and night in a state of well-conditioned A-game readiness with requisite mental toughness, emotional resilience, superior skills and a deep physiological well of energy and strength—and that’s merely the starting point for a world-class athlete!

To transform the Pakistan cricket team into a highly energized and motivated force that is ready and eager to take on any team, able and willing to play with inspiration and confidence, with the skill to create wins consistently, will take far more commitment from the Pakistan Cricket Board than is currently visible.

What would be a good starting point to focus on?

Physiological and physical wellness and fitness—without those you don’t have an athlete; you have a weekend warrior dabbling in a hobby. I used to compete in martial arts, so I know that when your health and physiology is at its peak you can push your mind, body and spirit to its limits and beyond. By engaging sheer energy—energy to burn—you can push beyond the mental limits that appear in real time on the field.

Eighty percent of the game is played in the mind, while 20% is played on the ground. Once that skill is honed to its peak, the next level opens up by tuning the psychology. Call it inspiration, emotional commitment or intensity but it is very obvious when it shows up. It’s the difference between a Virat Kohli and a yawning Sarfarz—who would you want on your team simply on the basis of how they show up on the field mentally and physically.

To get to that level of play and readiness you need massive mental conditioning of every segment of the sport. Its called A-game replication; every top class international athlete has access to A-game replication technology. But that can only happen when the requisite physical energy and vitality is deeply conditioned into the body.

In your opinion, what would a potential transformation plan look like?

There are three primary requirements:

How long would it take for the current squad to become a championship team?

Neuroscience research has shown that when the psychology of an elite performer is fine-tuned, their A-game shows up most consistently. And consistency is key.

If you watched the performance of the Pakistani team versus the Indian team, you can see that their body language (psychology) is a victim of their performance; when they’re doing well, they have great body language, but when they’re under pressure, it clearly shows in their posture. The opponents also see it. This leads to a downward spiral and further diminishes the certainty of the Pakistanis while uplifting the morale of their opponents.

The difference between ace and average players is that ace players never allow their psychology to be a victim of circumstance. They practice the inner game twice as much as the physical outer game. For example, in martial arts, fighters start their sessions with practice kicks and punches, followed by conditioning exercises, then heavy bag practice and finally—after 90 minutes of intense exercise—they get in the ring and spar for another hour. That last hour is not for physical practice but to condition minds to stay sharp, alert and develop emotional staying power even during exhaustion.

You simply could not do that if the night before you’d eaten burgers and fries or gone out partying—that mental capacity and sharpness would simply not be there, nor the willingness to push beyond limits. Therefore it has to be a systematic conditioning of the entire body—you neglect the physiology, the mind functions at a lower and compromised level. Elite performers have known this for thousands of years. Centuries ago, legendary Japanese swordsman Musashi spent 80% of his time meditating, which he called “sharpening the sword.”

Does our team have the resources to develop this kind of capacity?

Not at the moment. When I worked with the team in 2016, I stayed at the National Cricket Academy and witnessed their mindset and lifestyle. I was horrified that they were eating average Pakistani food instead of a specialized diet. When I inquired about it, they said ‘that’s what the PCB gives us so that’s what we eat’. Only one or two players were spending their own money to eat right and learn about health and nutrition.

When I asked about mental conditioning they laughed. Decades of research has been done in this field and elite athletes spend at least as much time practicing each distinct aspect of the psychological components as they do the physical game.

Having great skill in a specific sport is just the starting point for an elite performer. To achieve outstanding results consistently requires far more than just skill. For example, if you were to take the blood profile of Virat Kohli during the game and compare it to the blood profile of Sarfraz Ahmed, I can bet money that there would be a vast difference.

Under pressure, the body releases adrenaline and cortisol. That cocktail diminishes mental and emotional sharpness and explains why an average person panics under pressure. But a seasoned pro will have practiced the pathway through the doubts, fear and panic and will be able to bypass the cortisol/adrenaline cocktail and instead have endorphins, anandamide and dopamine in the bloodstream. This enhances mental and emotional sharpness, leads to enjoyment and creates a pathway to breakthrough performance, more commonly known as inspiration.

If you listened to Kohli he specifically said he wanted to enjoy the match—that’s only possible when you know you’re prepared to handle extraordinary levels of stress and pressure! This cannot be left to chance and positive thinking; that’s for amateurs.

When the basic skills required of an athlete are missing you can’t expect the team to perform at a world-class level against elite players that have the best resources and have conditioned their mind, body and spirit to function at peak levels!

Sports psychology, nutrition and training are advanced fields. They use stacking to accelerate performance, calibration to fine tune nutrition and psychology, and they’ve codified a system that can be replicated across any player. I’m astonished that the PCB, a massive and moneyed organization, wouldn’t provide these basics to its best players. Without a solid foundation, you can’t hope to have a championship team.