Cricket World Cup Can Give Street Children ‘a Voice’ 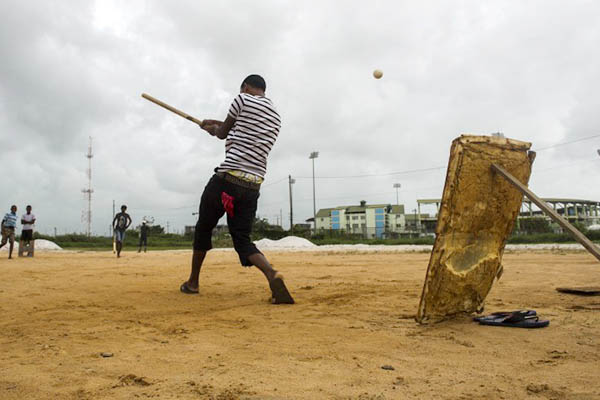 Former British prime minister John Major hopes the 2019 Street Child Cricket World Cup will shame people around the globe into taking action to tackle the “unforgivable” conditions in which they live.

The event, which will take place in London ahead of the 50-over World Cup, will feature eight mixed-sex teams, with applications to play ranging from Germany to Nepal.

Street Child United is a British charity that uses sport to change the negative perceptions and treatment of street-connected children.

Major’s eyes were opened to their plight 25 years ago when he met dozens of youngsters who had survived a massacre outside a church in Rio de Janeiro, which left eight street children dead, but said the problem is still an enormous one. “A quarter of a century later they [street children] are still with us and frankly we should all be ashamed that that is the case,” said Major, 74, who was prime minister from 1990 to 1997.

Major cited the example of Jose from Argentina, who participated in the Street Child Games in Rio in 2016. “Jose said ‘I was born dirty, a boy from the slums’,” said Major. “But he said more than that: ‘We are all equal and no one is different and we all wish to be heard’. ‘We are all equal’ said Jose and he is right, they all should be equal but they aren’t and this is part of the evil that needs to be tackled.”

Major, a passionate cricket fan, said: “They are so often ignored but the conditions in which so many live are unforgiving and unforgivable because one must not forget above all else they are children. If they were our own we wouldn’t tolerate for a moment the way they live, how they are treated or their lack of a credible future.”

Major said cricket was an ideal way to highlight their plight as it has helped forge bonds between people and countries over centuries. “I think that the Street Child World Cup can showcase the horror and unhappiness that goes on and it will give a voice for millions of street children across the world,” he said.