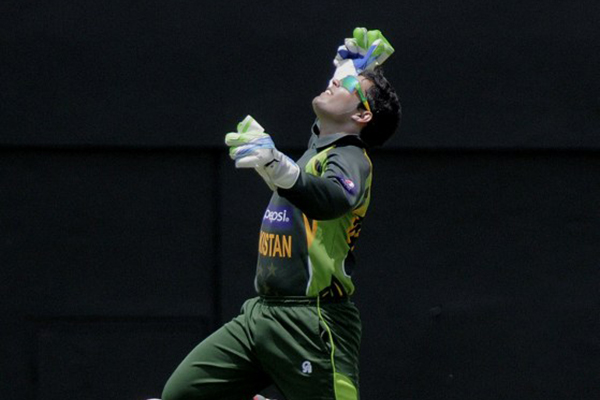 Pakistan’s fast-rising batsman Umar Akmal suffered a seizure during a flight to Jamaica and spent a night in a hospital before being rushed home, a relative said on Sunday.

“We are told that Umar suffered a seizure on the flight to Jamaica and was rushed to a hospital where he spent a night before being rushed back to Pakistan,” the relative said.

Akmal had been playing for Barbados Tridents in the ongoing Caribbean League after Pakistan’s recent tour to the West Indies.

“Umar’s physio was with him who took him to the hospital. The same official will be traveling with him to Dubai as a precaution,” added the relative. Doctors in the West Indies have ruled Akmal out of any danger, the family said.

The Pakistan Cricket Board on Saturday pulled the 23-year-old from the squad to tour Zimbabwe and replaced him with wicket-keeper batsman Sarfraz Ahmed. Akmal was selected for the Twenty20 and one-day on the tour. Pakistan plays the first of two Twenty20 matches in Harare on Aug. 23 before playing three one-day and two Tests on the tour.

The PCB said on Saturday that Akmal had been called back from the West Indies for fitness problems. Local media had initially reported that Akmal was suffering from a back problem.

“Umar has immediately been called back,” a PCB statement said. “He will undergo a complete medical examination to reassess the level of his fitness, meanwhile the national selection committee has proposed the name of Sarfraz as his replacement for Pakistan one-day and T20 squads for the upcoming tour of Zimbabwe.”

He should really stop taking drugs.

M Asif’s chapter is close now,he should not be discussed any further….same goes with Amir and Sulman butt. They blotted Pakistan cricket..