Criminal Charges No Barrier to Contesting Elections in India 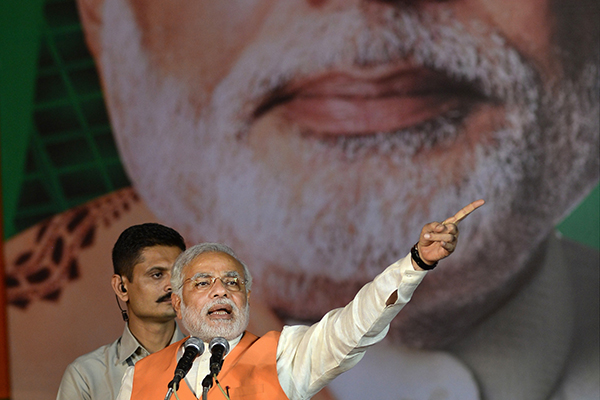 Some 10 percent of candidates stand accused of crimes, including attempted murder and rape.

Almost 10 percent of politicians contesting the first phase of India’s election next month are charged with attempted murder, rape, or other crimes, advocacy groups said Thursday.

Of the 64 candidates contesting the election in two states, six have declared in their affidavits filed with the election commission that they face criminal cases, including for cheating and dishonesty, the groups said.

The candidates are contesting seats in the remote northeast states of Assam and Tripura, which head to the polls on April 7 in the first stage of the world’s biggest election. The six candidates are mostly from small, regional parties or are independents who have been charged but not convicted of the crimes leveled against them and are, therefore, still eligible to run.

The analysis of the affidavits is the latest from the Association for Democratic Reforms and the National Election Watch, two groups pushing for better governance. Earlier this month, they said 37 percent of candidates from the main opposition Bharatiya Janata Party announced so far nationally have criminal cases pending, and 25 percent from the ruling Congress party.

ADR’s Jagdeep Chhokar said the figures were just the tip of the iceberg, with plenty more politicians expected to file similar affidavits. “I expect the [total] national figures will be about 30 percent of candidates. I feel very queasy about these figures. Society deserves and wants higher standards,” said Chhokar.

India’s politicians have long come under fire for their sometimes dubious backgrounds. A former chief minister of Bihar was allowed to continue governing his state while his corruption case dragged on for years. Lalu Prasad was convicted and barred from office last year although the popular politician is still playing a role at the polls as head of a regional party.

An ADR survey last year found nearly a third of M.P.s in the nation’s 543-member lower house of Parliament, and an almost equal number of state lawmakers, had criminal cases against them. Cleaning up Indian politics is an issue at this election, led by political upstart and anti-graft campaigner Arvind Kejriwal, whose party is tapping into voter anger over government corruption.

The issue of convicted M.P.s made national headlines last July when the Supreme Court ruled it was illegal for politicians found guilty of serious crimes to continue to hold office simply by filing an appeal against their conviction. In a major embarrassment, the Congress-led government was forced to reverse its plans to overturn that ruling after the party’s No. 2, Rahul Gandhi, branded the move “complete nonsense.” Commentators said Gandhi supported the court’s ruling after the Congress government, embroiled in a string of corruption scandals, appeared weak on the issue ahead of the polls.