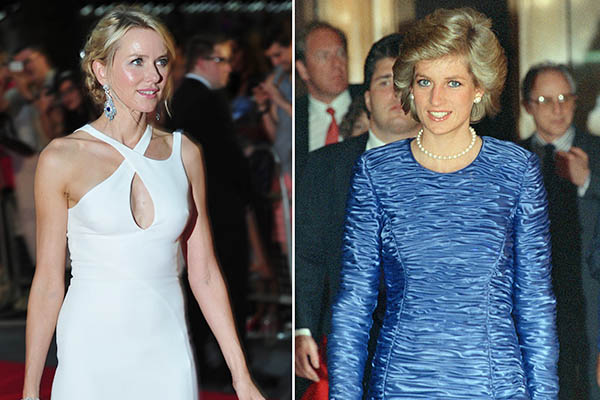 The film Diana starring Naomi Watts, which received a critical drubbing after its premiere in London earlier this month, gets its first European general release in Hungary from Thursday.

Purporting to tell the story of the late Princess Diana’s romance with U.K.-based Pakistani heart surgeon Hasnat Khan, the movie has been dismissed by Khan as “based on hypotheses and gossip.”

Some scenes in the film depict incidents already widely reported in British media such as Khan being smuggled into Diana’s Kensington Palace London residence lying on the backseat of her car covered in a blanket or Diana meeting his mother in Lahore, Pakistan.

Others are either less well known or purely imaginary such as Diana accompanying Khan to a jazz club disguised in a brown wig and bedroom scenes such as one in which they are shown lying under a cover by a bed.

In the absence of testimony from Khan, the film is necessarily controversial as it draws on author Kate Snell’s 2001 book Diana: Her Last Love with which Khan did not cooperate. It suggests that Diana had been dating Dodi Fayed, who died with her in a car crash in Paris, in order to make Khan jealous following the break-up of the relationship, a claim disputed by many close to her.

Diana, who was divorced from Charles in 1996, died aged 36 alongside Fayed and Henri Paul, the French chauffeur of the car in which they were travelling, in August 1997.

Sixteen years earlier, as Lady Diana Spencer, she was catapulted to global fame when she married heir to the British throne Prince Charles in a “fairy tale” ceremony at St Paul’s Cathedral. But as the world’s most photographed woman, she ultimately fell victim to an increasingly rapacious paparazzi.

After her death, then Prime Minister Tony Blair memorably described her as “queen of people’s hearts.” Many thousands of people lined the streets of London for her funeral, which was televised around the world.

The film generated controversy even before its premiere in London after Watts appeared to claim in an interview that Diana had in some way granted approval for the film from beyond the grave. “I felt like I was spending a lot of time with her. There was one particular moment when I felt her permission was granted,” the actress told Britain’s Mail on Sunday newspaper. The British-Australian actress later stormed out of a promotional interview with BBC Radio, apparently offended by some of the line of questioning.

Directed by Germany’s Oliver Hirschbiegel, best known for his 2005 film Downfall about the last days of Hitler, the film has been officially ignored by the royal family.

One reviewer panned it as “atrocious and intrusive” with a “squirmingly embarrassing script.”

For his part, Khan, 54, whom Diana supposedly called her “Mr. Wonderful,” continues to work in Britain and is also setting up a charity heart hospital near his parents’ home in Jhelum in Pakistan. Played in the film by British-Indian actor Naveen Andrews, he has always refused to talk about the details of their relationship and said he has no intention of seeing the movie.

After Hungary on Thursday, Diana will be released in Iceland, Poland, Ireland and the U.K. on Friday, in Belgium on Sept. 25 followed by France on Oct. 2 and Italy Oct. 3.