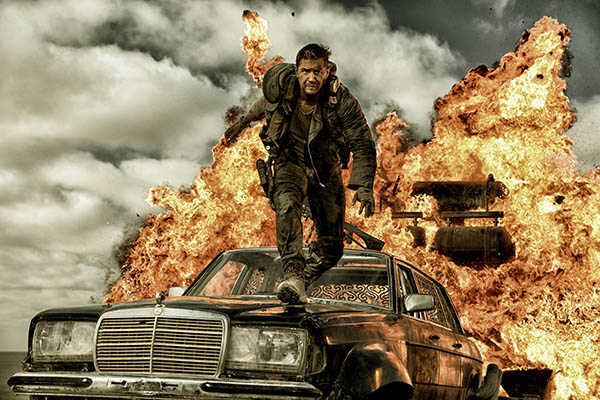 The fourth installment of the ‘Mad Max’ franchise will receive award at San Sebastian film festival.

International critics have voted Mad Max: Fury Road as their best film of the year, their main federation said Tuesday.

The action movie shot by Australian director George Miller will be awarded the Grand Prix of the International Federation of Film Critics (FIPRESCI) at the San Sebastian film festival in Spain on Sept. 18.

“You could have knocked me over with a feather! It’s lovely to have this great cohort of critics acknowledge our collective labors in this way,” Miller said in the statement.

The vote saw 493 of the world’s top critics, who typically reward less mainstream arthouse films, choose from among movies premiered after July 1, 2014.

Mad Max: Fury Road, starring Tom Hardy and Charlize Theron—the fourth film in the apocalyptic adventure franchise shot in the Australian outback—will receive a special screening at the festival, the highest-profile movie event in the Spanish-speaking world, which runs until Sept. 26.

Last year’s winner of the award was Richard Linklater for Boyhood.

The festival, held each year in San Sebastian, a picturesque seaside resort on Spain’s northern Atlantic coast, was originally intended to honor Spanish language films but has established itself as one of the most important movie festivals in the world. It hosted the world premiere of Alfred Hitchcock’s spy thriller North by Northwest in 1959 and Woody Allen’s Melinda and Melinda in 2004.