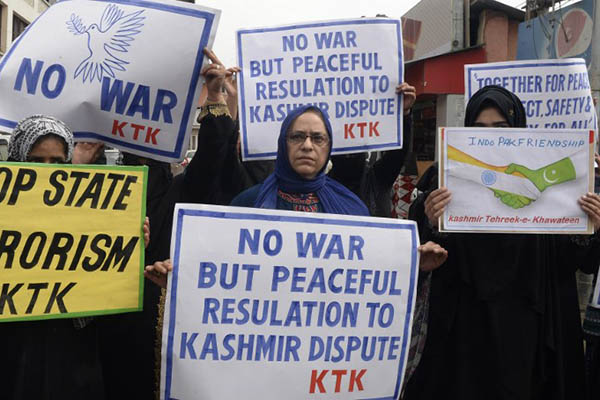 Negotiation, not conflict, is the only way forward for both Pakistan and India

Pakistan and India are once again firing at each other across the Line of Control dividing Jammu and Kashmir between them. Each holds the other responsible for killing innocent citizens. After every mayhem, each says the other started it and then goes on about the brave manner it has chastised the other. There is no way of knowing what actually happens, who starts each sortie, and who suffers more.

According to one estimate published in the Indian press by a teacher of foreign policy: “In the first two months of 2018, more than 633 ceasefire violations (CFVs) by Pakistan have been reported by New Delhi, which have claimed the lives of 12 civilians and 10 soldiers.” He goes on to say: “Till the first week of March, Pakistan reported 415 CFVs by India which have claimed 20 civilian lives (there is no data on Pakistani military casualties).”

Pakistan says the firing of mortars from the India side is unprovoked; India says the same thing. Pakistan says it has “responded” to this unprovoked fire and invariably killed soldiers on the other side to avenge the killing of its own troops. This has been the modus operandi since the 2003 Ceasefire Agreement was inked. However, under the Bharatiya Janata Party led by Narendra Modi, the LoC is hotter than ever. Pakistan sees this as part of India’s policy of creating a two-front situation for Pakistan, and that New Delhi seeks to highlights Islamabad’s designs over Kashmir by keeping the border hot. The world used to be worried; now it is disgusted.

The world is also tired of asking the two warring states to sit down and talk under the Simla Accord of 1972. It is no longer concerned about the rights of the Kashmiris despite the ongoing brutal oppression in the region. It wants India and Pakistan to sort things out bilaterally. All this means is that Pakistan must stop booby-trapping the talks by frontloading the Kashmir dispute on which both sides are inflexible. The only way out for Pakistan, given its international isolation, is to go into talks for “normalization” rather than solving the Kashmir dispute, which can be left for a later date.