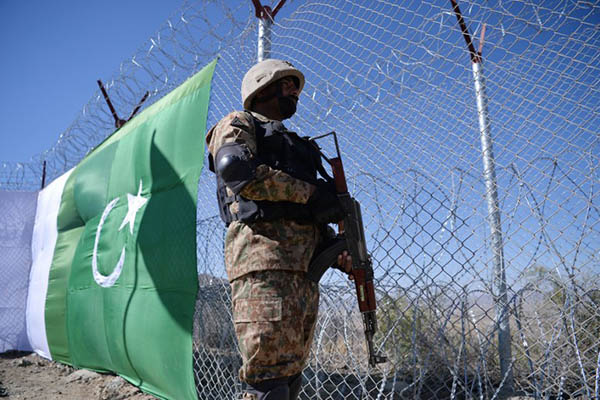 Authorities in the tribal areas along the Afghan border expanded a 24-hour curfew to avert further clashes between tribesmen and militants after at least three people were killed and dozens injured in recent days, officials said on Wednesday.

The move comes as tensions mount in the area with burgeoning civil rights group the Pashtun Tahaffuz Movement (PTM) heightening calls for the removal of alleged Taliban-linked militants from the region.

The U.S. and others have long accused Pakistan of using proxies in Afghanistan, including the Taliban and other militant groups. Islamabad denies the claims.

PTM has had repeated clashes with the militants this week during two rallies in the area, leading authorities on Tuesday to expand an earlier curfew to encompass all of the South Waziristan tribal district. “Curfew has been tightened and extended to the entire South Waziristan. More than 80 people have so far been arrested,” a senior government official in Peshawar told AFP, adding that at least three people have been killed and 40 injured.

The area is sealed off to journalists, making claims difficult to verify.

A clash between PTM activists and insurgents on Sunday killed two people, sparking fears of wider unrest in an area flush with weapons and long-held traditions that demand violent reprisals against perceived slights against an individual or tribe’s honor. The violence was followed by a second clash during a rally on Monday, according to PTM.

Authorities were negotiating with local tribal elders to restore calm and had relaxed the curfew for two hours on Tuesday to allow people to buy food to break their fasts during the Islamic holy month of Ramzan.

A government official in South Waziristan’s Wana confirmed details of the curfew, telling AFP that landlines had been disconnected in the area and roads blocked. A local tribal elder added that mosques had been shuttered to prevent people from rallying crowds with the facilities’ loudspeakers.