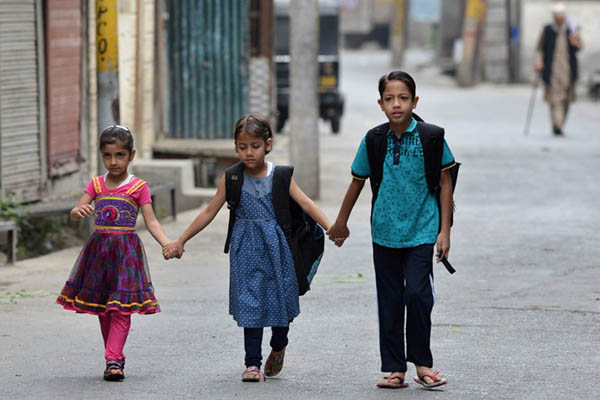 Protesters continue to clash with police, as mobile and Internet networks remain suspended.

Authorities lifted a curfew in Srinagar on Tuesday after 17 days of lockdown, but protesters continued to clash with police in the main city of India-administered Kashmir following two weeks of deadly violence.

“There will be no restrictions in any part of district Srinagar today on July 26,” top administrative official Farooq Ahmad Lone said in a statement. It was unclear whether the lifting of the curfew was simply a temporary move to allow angry protesters some release, or if the relaxation of restrictions would continue.

Mobile and Internet networks remained suspended in Srinagar and across the restive territory, while a curfew was still in force in southern areas, where most of the 50 deaths have occurred. Hundreds of angry residents rallied in the city on Tuesday to protest against Indian rule, shouting slogans for freedom and clashing with police who fired tear gas canisters to disperse them, a witness said.

Shops, schools and businesses remained shut in the city while vehicles were off the roads.

Separatist leaders opposed to Indian rule of the disputed territory have extended an ongoing strike to Saturday, but have appealed to shopkeepers to open for a few hours each day to allow people to buy essential supplies. “We will open shops after 2:00 p.m.,” said Umer Ahmed, a shopkeeper in the old quarter of Srinagar.

The unrest was triggered by the killing on July 8 of popular young rebel leader Burhan Wani in a gunfight with soldiers.

The wide-scale protests in the region have also left thousands injured.

Kashmir has been divided between India and Pakistan since the rivals won independence from British rule in 1947. Both claim the territory in full. Several rebel groups, including Wani’s Hizbul Mujahideen, have fought for decades an estimated 500,000 Indian troops deployed in the territory, demanding independence or its merger with Pakistan. Tens of thousands, mostly civilians, have died in the fighting.